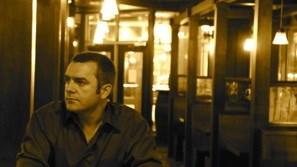 Ian Gould from Delalfield by way of  Northern Ireland is a local musician who has written a song dedicated to military families to help them get through tough times of separation during the holidays.

"Everybody loves a nice Christmas song. It's a bittersweet time of the year," said Gould. "People are missing people in one form or another. It's not to make people sad. Just to remind people overseas that they are missed."

Gould says he wrote it in a classical style with elements like bells that you hear in many Christmas songs.

"I hope it warms the heart."

His hometown is Lisburn, Northern Ireland.

But he's lived in Wisconsin for years and is raising a family with his wife in Delafield.

While many assume Gould is all about Irish music, he actually possesses a vast library of original music.

He plays multiple instruments. But it is his acoustic guitar and vocals that have proven most popular with audiences in Southeastern Wisconsin.

Ian was a special live guest Thursday on the CBS 58 News at 4 p.m.

From there, he heads to O'Riley's and Conways Irish Pub in Janesville.

His other local appearances include The Red Lion Pub on Tannery Row the Wednesday before Christmas.

Mulligan's Irish Pub in Franklin the day after Christmas.

County Clare on Astor to ring in New Year's in both the Irish and United State time zones.

For more information about Ian and his music click here