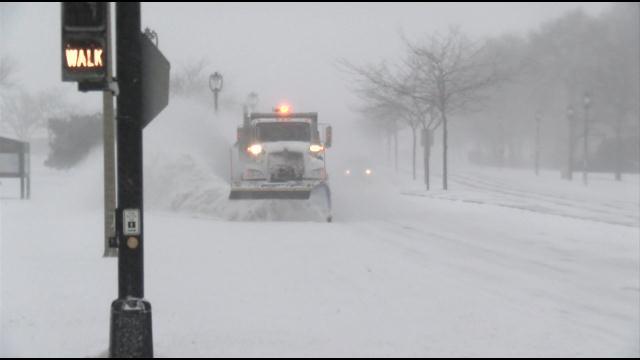 It was show and tell night at the Waukesha City Garage, as multiple departments showed off aging equipment in hopes of getting it replaced.

About two dozen staff members made their way through the garage, looking at rusty dump trucks, squad cars, and a 1992 firetruck.

“It’s a chance to literally kick the tires on the equipment that the city staff are asking the council and ultimately the taxpayers to replace going into 2017,” says Finance Committee Chair Joe Pieper

The Capitol Improvement Budget includes just over $4.6M in replacements being requested this year.

It may sound like a lot of money, but Pieper says it adds up quickly with so many big ticket items. The $4.6M is in line with a typical yearly request.

“Really any of the larger vehicles that someone would see going down the street with a City of Waukesha logo on it, that’s what we’re reviewing tonight to potentially replace,” says Pieper. “Unfortunately, it’s very expensive stuff, but very necessary equipment for a city such as ours.”

The finance committee will review the request before sending it on to the full council. A final decision is expected in late October.