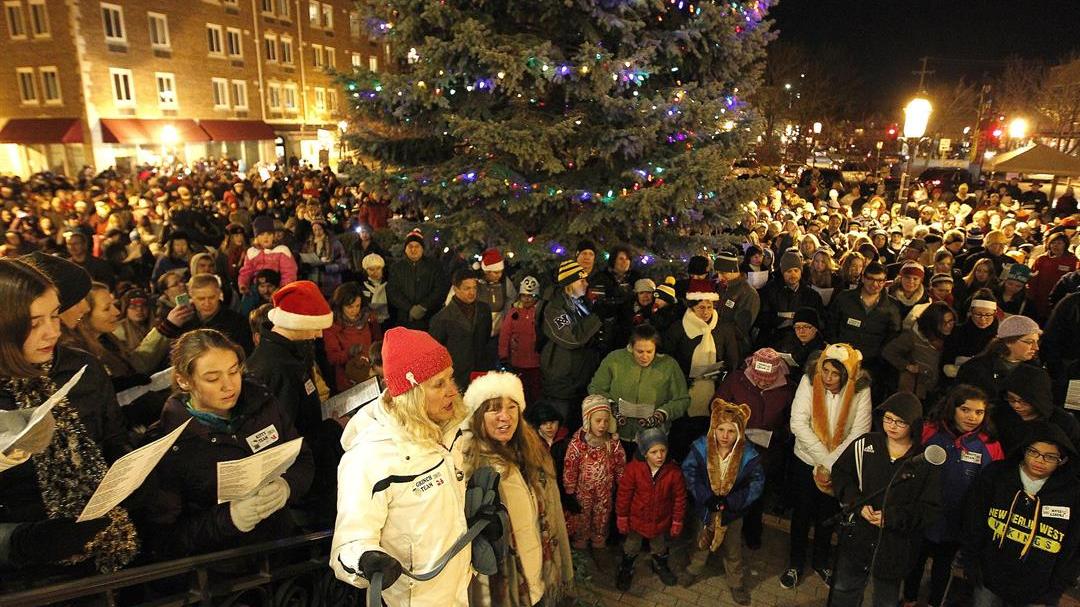 The City of Waukesha Chamber of Commerce announced the theme for the 2016 Waukesha Christmas Parade scheduled for Sunday, November 20 at 4:00 p.m. Parade entries this year are asked to incorporate the theme, “A Star-Spangled Christmas” into their floats or costuming in the 54th installment of the holiday tradition which winds through the downtown district.

There is also a holiday stroll through the downtown district from noon until 4 p.m., leading up to the parade.

“In researching themes, we found more than 40 other cities had used this theme in recent years,” notes chamber executive director Jim Hahn, “but we felt like this year in particular made it especially suitable.”

Hahn and grand marshal Art Belt of Presenting sponsor Meijer joined the CBS 58 News at 4 to encourage folks to attend.

"We are excited because unlike last year, our stores are now open here," said Belt.

The theme is an effort to remind both the parade participants and spectators that the values Americans share, including celebrating family and the spirit of giving during the holiday season, are greater than the things which separate us. Parade organizers felt that with 2016 marking the 15th anniversary of the 9/11 terrorist attacks in New York, Washington, D.C., and Pennsylvania as well as what is expected to be a bruising and protracted national election cycle, “A Star-Spangled Christmas” could be a genuine opportunity to stand together as a community in moving our country forward.

CBS 58's Michele McCormack and Drew Burgoyne will be taking part. Look for them in between the Snowman Balloon and the Waukesha West Marching Band.

This is a special honor for Michele, whose son is serving overseas in Security Forces with the United States Air Force.

“The parade committee is hoping to see some truly inventive entries this year,” Hahn added, “Whether it’s a white tree with blue and red ornaments, a bald eagle wearing a Santa hat (the 2016 parade logo), or Old Glory waving beside a fireplace where stockings are hung – the possibilities are endless.”

Parade participants are encouraged each year to incorporate the theme into their unit decorations, and judging of both floats and performing units factors in the creativity used to represent the theme.  Judging floats will continue in two divisions: community groups and business entrants, as well as large and small performance unit divisions which the chamber added when it took on the role of parade host in 2013.

In addition to more than one hundred volunteers being recruited to assist on the day of the parade, local residents who wish to help in planning the event are encouraged to contact the chamber offices. Applications for participants will be available online at www.parade.waukeshaworks.com beginning next month. Sponsors for the parade will also be solicited in August and the chamber hopes that the Meijer store officially opening next week will return as the presenting sponsor.

“Meijer was a terrific partner last year; and the company is very interested in being visible in the community,” Hahn noted, “And it’s certainly a fortunate coincidence that their logo is red, white, and blue.”

The City of Waukesha Chamber of Commerce is a membership association established in 2011 to serve as an incubator for new business ideas, a pivot point for community collaborations, and the source of shared business expertise. Serving both the city and town of Waukesha, the chamber conducts numerous education and networking events throughout the year. Details about membership in the chamber can be found at www.waukeshaworks.com or may be obtained by calling the chamber office at (262) 521-3333.

The parade happens rain or shine. There are plenty of shops and restaurants to escape the elements, but parade goers are urged to dress for the dropping temperatures which are forecast to be in the 30's once the sun goes down on Sunday.