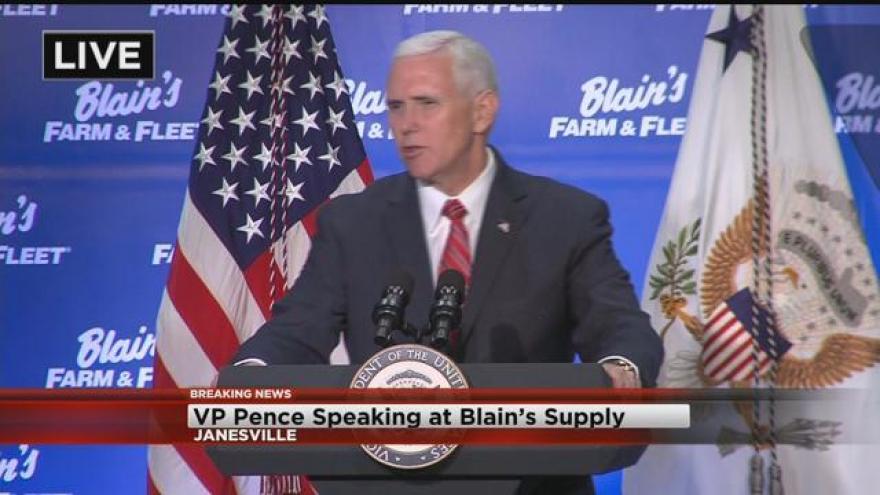 It's part of his tour of manufacturing sites across the Midwest this week.

They then toured Blain's supply warehouse.

Yesterday, Ryan said the Repeal / Replace bill is close, and Republicans are in line.

During Friday’s speech, VP Pence promised ACA repeal will begin in the "next few days", and says finishing touches are being put on a bill this weekend.

"We're going to restart the American economic engine like never before,” said Pence.