Watch for the Lyrid meteor shower this week 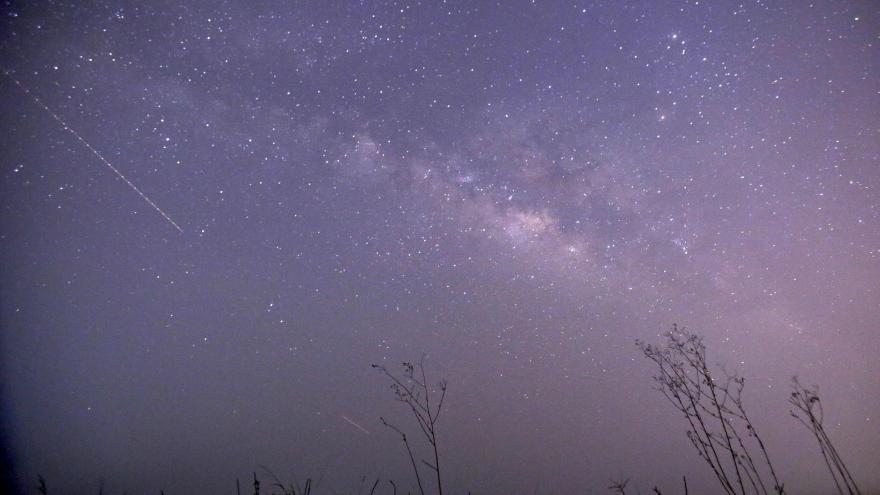 (CNN) -- The first meteor shower of spring, known as the Lyrid meteor shower, will present a night skywatching show beginning on Sunday evening and peaking on Wednesday night.

There hasn't been a meteor shower to light up the sky since early January, and this one will be visible around the globe.

And unlike 2019, the waning moon will allow a better view of these bright meteors.

Late evening and early morning hours based on your location, between midnight and 4 a.m to 5 a.m. local time, may be the best time to see shooting stars, or meteors that burn up in our atmosphere, according to the American Meteor Society.

Before midnight will be the best time to see slower, longer meteors that streak horizontally across the sky, called earthgrazers. Some of them have trails that glow for seconds after the meteor has disappeared.

Typically, the Lyrid meteor shower can showcase between 10 and 20 meteors per hour during the peak, but it's difficult to estimate how many will be visible.

On Wednesday night during the peak of the shower, about ten meteors will be visible per hour.

The shower occurs this time each year when Earth's orbit crosses paths with that of Comet Thatcher. The comet loses pieces of itself that go flying into our upper atmosphere at 110,000 miles per hour.

Lyrid gets its name from the Lyra constellation. The Lyrid shower is one of the oldest known, with records of visible meteors going back 2,700 years, according to EarthSky.

If you live in an urban area, you may want to drive to a place that isn't littered with city lights that will obstruct your view.

Find an open area with a wide view of the sky. Make sure you have a chair or blanket so you can look straight up. And give your eyes about 20 to 30 minutes to adjust to the darkness -- without looking at your phone -- so meteors are easier to spot.

And keep an eye out for a grouping of Jupiter, Saturn and Mars in the sky. This won't happen again for a couple of years, according to NASA.