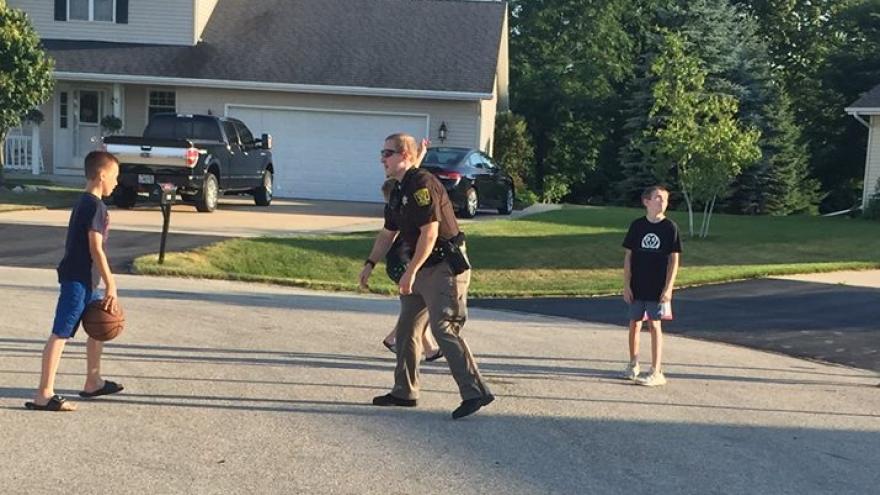 WASHINGTON COUNTY, Wis. (CBS 58) -- A Washington County Sheriff's Deputy helped to ease the fears of a group of neighborhood kids earlier this month.

A deputy had responded to a rescue call in one Washington County neighborhood. After leaving the scene, the deputy noticed a group of kids who were playing basketball nearby. The kids looked nervous after seeing squad cars and fire trucks in their neighborhood.

The deputy decided to stop and "talk basketball" with the group. A game even ensued. The Washington County Sheriff's Office cannot confirm the final score of the game, however.