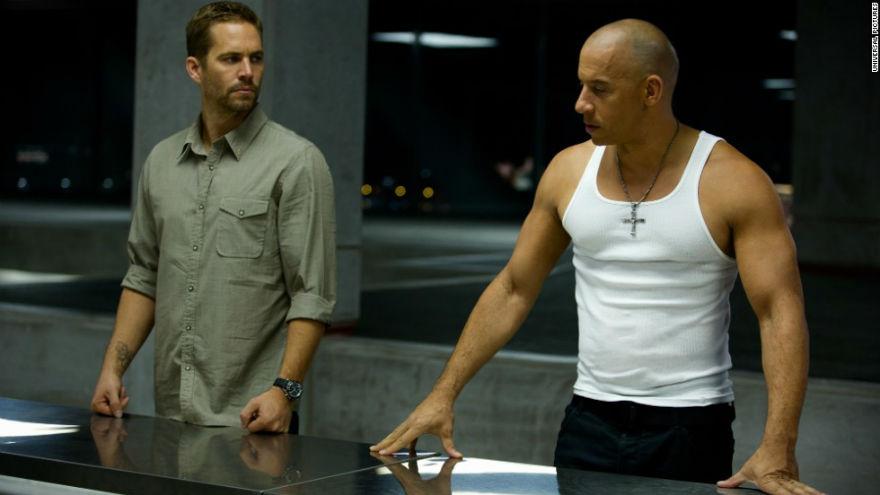 (CNN) -- Vin Diesel has been paying tribute to his friend Paul Walker as fans eagerly await the release of \"Furious 7.\"

On Monday, he revealed a very personal way that he has remembered Walker: by naming his daughter after the late actor.

Diesel told \"Today's\" Natalie Morales that he and girlfriend Paloma Jimenez named their baby girl Pauline. The actor said he felt the presence of Walker in the delivery room with him.

\"There's no other person that I was thinking about as I was cutting this umbilical cord,\" Diesel said. \" I just ... knew he was there.\"

Diesel has been honoring Walker a lot lately and recently had some special words at an advance screening of \"Furious 7.\"

The actor spoke told the Los Angeles audience last week that \"this was a very very personal and important film for us.\"

\"This was a labor of love. It was in some ways the hardest movie I ever had to do,\" Diesel said. \"Because the relationships that you see on film are so real. When the tragedy happened, I lost my best friend. I lost my brother.\"

Walker, 40, was killed in a car crash in November 2013 in Southern California while taking a few days off from filming the seventh \"Fast and Furious\" movie. The film was finished using previous footage and stand-ins including Walker's two brothers.

The producers have said they don't plan on killing Walker's character off in the new movie.