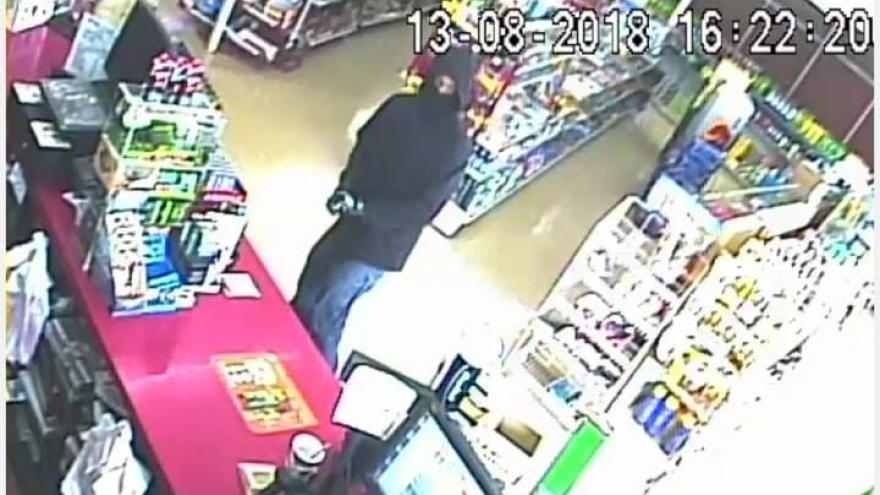 VILLAGE OF CALEDONIA, Wis. (CBS 58) -- The Village of Caledonia Police Department is asking the public for help in identifying a suspect who they say pointed a gun at a pregnant convenience store clerk during a robbery..

The clerk told police a man walked in wearing a black sweatshirt and had a black cloth covering his face.

That clerk says he then pointed a gun at her and demanded money.

Police say the suspect also ordered a customer to get on the ground.

He then fled the scene.

Anyone with information is asked to call the Caledonia Police Department at 262-835-4423.