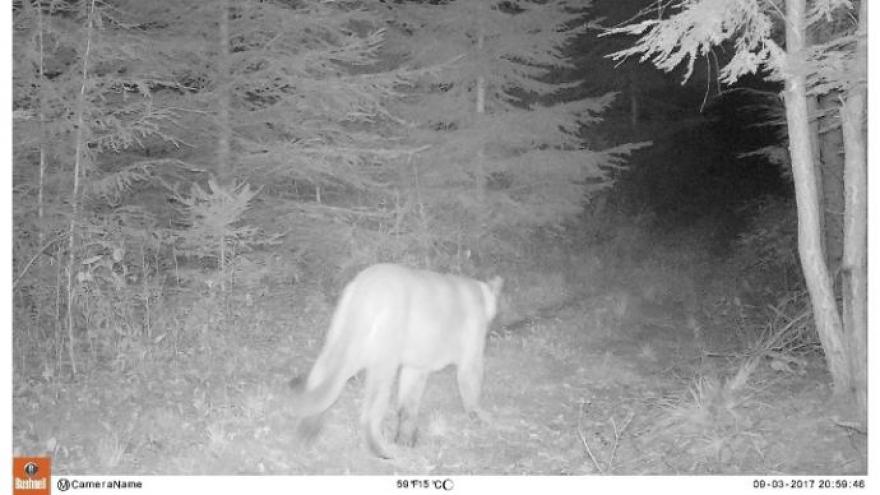 NEILLSVILLE, Wis. (WSAW) -- The DNR says a trail camera south of Neillsville captured an image of a cougar in last month. They believed the same animal was also spotted in Marathon City.

A third, but unconfirmed sighting was also reported in Waupaca County.

According to a news release from the DNR, it is unknown whether the photos are of the same cougar, but given the timing and distance, that is a possibility.

Most cougar confirmations in Wisconsin resulted from reports by private citizens.

Cougars are a protected species in Wisconsin and hunting is not allowed. Cougars are not considered a threat to public safety, and in the unlikely event that a person is confronted by a cougar, face the animal and spread your arms and open your coat or jacket to appear larger.

If a cougar approaches, make noise and throw rocks or sticks.