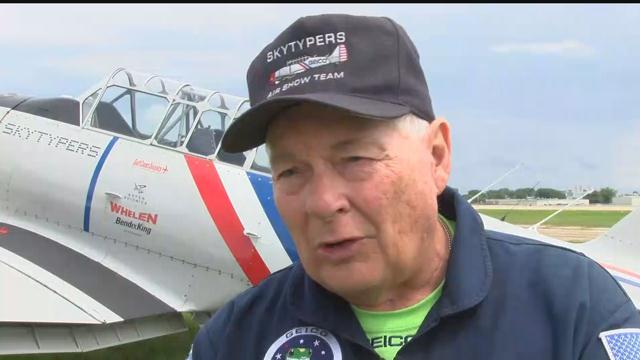 The EAA Airventure show in  Oshkosh is underway with old and new planes on display.

CBS 58's Julie Parise got a little taste of what it's like to take to the skies in an SNJ aircraft, a World War II style plane.

The Geico Skytypers is an air performance team flying six of these vintage planes.

They do low level precision flying, using some of the same maneuvers and tactics that were done in World War II.

A lot of these pilots are former military guys.

The entire show is a tribute to the Greatest Generation.

"They were the airplanes that every single allied pilot flew before...when you talk to a WW2 pilot, he flew this plane, either the navy or the army version,” said Jim Record, Geico Skytypers.

The EAA Airventure lasts through the weekend.

The skytypers perform every afternoon, their show lasts about 20 minutes.