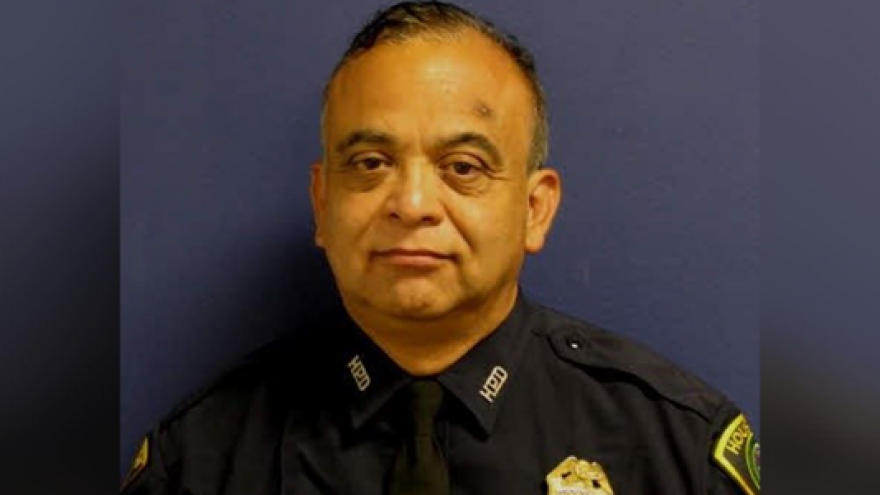 Authorities say Sgt. Steve Perez left his home at 4 a.m. Sunday during heavy rain. Officials said he spent more than two hours trying to get to his command post in the the downtown area, but could not find a path.

As was protocol, he informed his chain of command and tried to get to the closest command post in Kingwood, but got caught in flood waters under an overpass near the Hardy Toll Road and Beltway 8.

Police Chief Art Acevedo said while the Kingwood post was conducting roll call Monday, they noticed Perez was not present. Commanders tried to get in contact with him, but were unsuccessful. They contacted his wife, who said she hadn't seen him since Sunday.

Acevedo said officers began an extensive search with dive teams and members of the Cajun Navy to locate him, but once the dive team arrived to the area, it was too dangerous to conduct a search. Acevedo said they made the decision to wait until morning.

"As much as we wanted to, we knew we couldn't put other officers at risk for what we knew would be a recovery mission," Acevedo said, holding back tears during the emotional press conference.

Acevedo said he spoke with Perez's wife, who said she asked him not to go in, but understood that her husband was the type of man who felt compelled to help.

Perez worked with the Houston Police Department's traffic enforcement division. He was two days shy of his 61st birthday.

"He tried to do his best to be in a position to serve the people in the city of Houston, and he died 'in trying.' That's the ultimate sacrifice," said Mayor Sylvester Turner.

See more of his moving tribute to Sgt. Perez and other law enforcement working during Harvey.