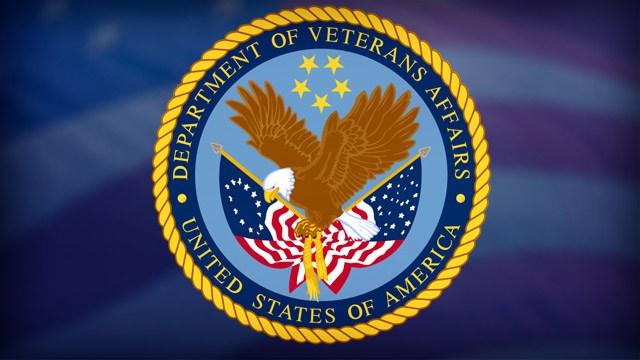 (CNN) -- The Secretary of Veterans Affairs announced Monday a massive restructuring of the department in the wake of a scandal that left more than a hundred thousand veterans waiting for health care.

VA Secretary Robert McDonald, who took over the agency three months ago after his predecessor Eric Shinseki resigned, said the VA has taken \"disciplinary action\" against 5,600 employees in the last year, and he said more firings will soon follow.

\"We are acting aggressively, expeditiously, and consistent with the law,\" McDonald told CNN's Wolf Blitzer the day before Veterans Day.

But McDonald first needs to build up a case against each person listed on the pink slip list, since a judge needs to approve each firing.

Beyond sacking officials that don't meet the VA's values, McDonald's reforms will include the establishment of a VA-wide customer service office to understand and respond to veteran needs, new partnerships with private organizations and other reorganizations to simplify the department's structure.

\"This is going to be the largest reorganization of the Department of Veterans Affairs since its establishment,\" McDonald told CNN.

McDonald's reforms will also attack the core cause of the VA's sometimes 90-day-plus wait times that left some veterans dying as they waited for a doctor's appointments. Details of the delays were first reported by CNN in November.

McDonald said in an interview with CBS' \"60 Minutes\" that aired Sunday that he plans to hire about 28,000 medical professionals to join the agency's hospitals and clinics around the country, including about 2,500 mental health professionals.

And the new VA secretary is taking the initiative to reach that goal, visiting hospitals and medical schools to recruit young doctors to join the ranks of a health care network on the rise -- and pitching incentives like student loan forgiveness.

After receiving the Senate's confirmation as the new VA leader in July, McDonald, a former corporate CEO, vowed to take \"immediate action\" to reform the embattled agency.

Since that time, more than 100 investigations of VA facilities have been undertaken by the VA Office of the Inspector General, the FBI, the Department of Justice and others, according to the VA.

Yet to date, the only senior leader fired for these issues remains James Talton, the director of the central Alabama VA, where scheduling problems contributed to treatment delays, among other issues.

While the VA began processes to terminate four other leaders, two of those officials, Deputy Chief Procurement Officer Susan Taylor and Dublin, Georgia VA Director John Goldman, have since retired with their pensions intact.

Chairman of the House Committee on Veterans Affairs Jeff Miller critiques the VA for stalling its firing of senior leaders responsible for falsified patient data or other misconduct.

\"If VA wants to rebuild its reputation with veterans and the prospective health care employees it says it needs, then it should stop making excuses for the villains of the VA scandal and get serious about purging them from the payroll,\" Miller (R-Florida) said in a statement.

McDonald says restoring trust in the VA among veterans is his top priority, which includes holding senior officials accountable, but he said he must wait for investigations by the VA's inspector general, the FBI and the justice department to be completed before he fires those responsible for fraudulent scheduling practices.

\"We are following the due process. Trying to create controversy using veterans to do that... I don't think that's appropriate,\" McDonald said in Washington on Thursday in response to criticisms that he is stalling the planned firings.

\"It's obviously in my best interest to move as quickly and as aggressively as possible,\" McDonald added.

Yet in the case of Sharon Helman, the Department of Justice has not asked the VA to delay firing her, according to an email from a Justice Department official to the VA House committee obtained by CNN.

McDonald, the former CEO of Procter & Gamble, said the VA is in the process of taking \"disciplinary action\" against 40 senior officials.

McDonald said the sheer size of the VA, with more than 300,000 employees and about 9 million veterans using the system, creates unique management challenges.

On wait times and appointment delays, McDonald said progress has been made, such as the VA helping veterans obtain more than 1 million medical appointments in the private sector in recent months.

In August, President Barack Obama signed into law a bill that provided $16 billion to hire more VA doctors and nurses, open mobile clinics and enable some veterans to obtain private medical care by using \"choice cards,\" the first batch of which were mailed out this month to veterans who live more than 40 miles from a VA facility.

But data released by the VA last week shows that in October, more than 10% of appointments had wait times of at least 30 days.

The data also shows that in Philadelphia, San Diego, Tampa and Gainesville, Florida, more than 1,000 appointments booked at VA facilities in each city have wait times of about four months or longer.

Joseph Benenati, a Vietnam veteran, says he has not seen improvements at the VA facility in Reno, Nevada, even though he has repeatedly tried to make appointments since August.

\"They schedule an appointment 30 to 60 days out, then cancel it within a week to a few days from the appointment,\" Benenati, 60, told CNN.

Michael R. Brown, who has sought care at the Washington D.C. VA Medical Center for spinal stenosis, a form of nerve damage, described the difficulty he has had in scheduling appointments and navigating the facility's treatment programs.

\"The doctors that are treating me, they just keep giving me the run around. Every night I go home hurting,\" Brown said, noting that he also reached out to the medical center's administrators but did not receive follow up attention.

Paul Rieckhoff, the executive director of Iraq and Afghanistan Veterans for America, commends Secretary McDonald for bringing a renewed focus on patient care to the VA, but he says many of the government-level changes have not yet reached veterans in local communities.

\"The public trust has been shattered,\" Rieckhoff told CNN. \"They are improving but have a long way to go.\"

Rieckhoff, an Army veteran himself, said one of the main ways the VA can restore trust among veterans is by holding the leaders involved in fraudulent practices and cover-ups accountable.

\"Are people going to go to jail? And if so, when?\" Rieckhoff asked.