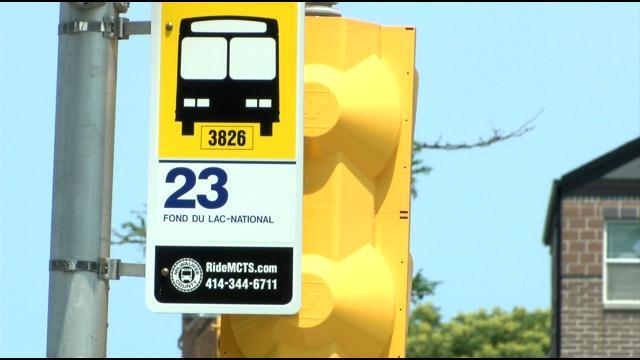 The student body presidents of UWM, Mike Sportiello, and Marquette University, Zach Wallace, sent a letter to the Milwaukee County Transit System and drivers expressing their concerns with the strike.

In the letter, they state, “it is the student who is not able to purchase a car or whose family doesn’t have an extra car or a car at all – less wealthy, less privileged student – that gets hurt the most.”

Zach Wallace said it affects students who have summer classes when attendance counts the most.

“If you're going to miss one day of class then that's going to be substantially more if you're comparing it to a regular semester,\" Wallace said.

Vehjon Johnson is a freshman at Marquette. He said that his friends are having a hard time getting to and from campus.

\"It's kind of hard,” Johnson said. “We're just all trying to figure out what's the next move.”

“A lot of people are calling UBER and now they have to find friends just to get around the area,\" he said.

Nichole Fernandez-Jurado is a sophomore at Marquette. She said the strike doesn’t affect her too much because she walks to summer classes since her buss pass only works during the regular semester. However, she has seen the impact on other students.

\"I do have friends that it does affect,” Fernandez-Jurado said. “A few of my friends live a couple of blocks from here and take the bus to campus and now they have to drive and pay for parking so it's a bigger inconvenience.\"

Delores Summers, works at the Coin Laundry on 16th street near the Marquette campus. She and some of her co-workers don’t have cars and use the bus. She said the strike has been an inconvenience.

\"We have to depend on others to get back and forth from work as well has them having jobs of their own in the community and outside of their community,” Summers said. “It's just taking a big toll on everyone.\"

Due to the impact on students, Wallace hopes to see the issue resolved soon.

\"We support the discussions moving forward but we hope those agreements will be accomplished in a timely, equitable and collaborative manner,\" Summers said.

Transit Union workers plan to be on strike at least until 3 a.m. Saturday.