US explores possibility that coronavirus spread started in Chinese lab, not a market 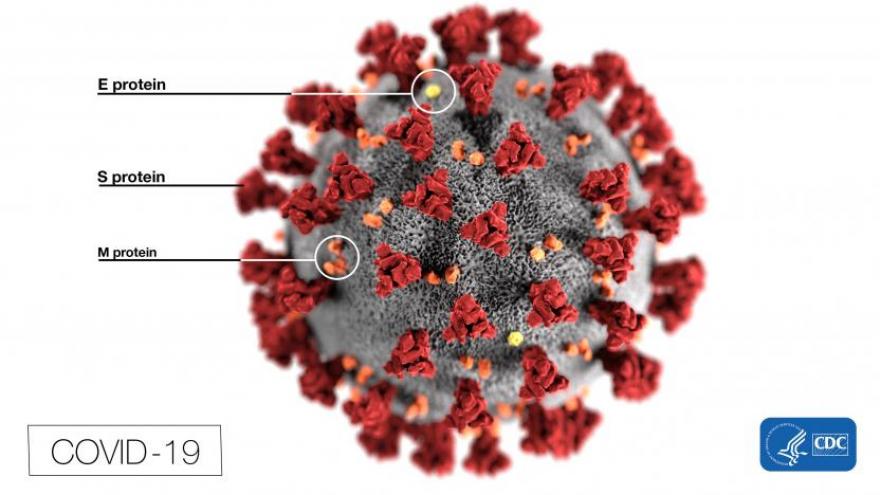 US intelligence and national security officials say the United States government is looking into the possibility that the novel coronavirus originated in a Chinese laboratory rather than a market, according to multiple sources familiar with the matter who caution it is premature to draw any conclusions.

(CNN) -- US intelligence and national security officials say the United States government is looking into the possibility that the novel coronavirus spread from a Chinese laboratory rather than a market, according to multiple sources familiar with the matter who caution it is premature to draw any conclusions.

The theory is one of multiple being pursued by investigators as they attempt to determine the origin of the coronavirus that has resulted in a pandemic and killed hundreds of thousands. The US does not believe the virus was associated with bioweapons research and the sources indicated there is currently no indication the virus was man-made. Officials noted that the intelligence community is also exploring a range of other theories regarding the origination of the virus, as would typically be the case for high-profile incidents, according to an intelligence source.

The theory has been pushed by supporters of the President, including some congressional Republicans, who are eager to deflect criticisms of Trump's handling of the pandemic.

An intelligence official familiar with the government analysis said a theory US intelligence officials are investigating is that the virus originated in a laboratory in Wuhan, China, and was accidentally released to the public. Other sources told CNN that US intelligence hasn't been able to corroborate the theory but is trying to discern whether someone was infected in the lab through an accident or poor handling of materials and may have then infected others.

US intelligence is reviewing sensitive intelligence collection aimed at the Chinese government, according to the intelligence source, as they pursue the theory. But some intelligence officials say it is possible the actual cause may never be known.

Joint Chief of Staff Chairman Mark Milley acknowledged this week that US intelligence is taking "a hard look" at the question of whether the novel coronavirus originated in a lab.

"I would just say, at this point, it's inconclusive although the weight of evidence seems to indicate natural (origin). But we don't know for certain," Milley told reporters on Tuesday.

Milley's comments were echoed Thursday by Defense secretary Mark Esper, who told NBC News the government is looking closely at the issue of the origin of the virus, but it hasn't reached any concrete conclusions.

"A majority of the views right now is that (the virus) is natural -- it was organic," Esper said, but noted additional investigative work needs to be done.

Asked about the intelligence, which was first reported by Yahoo and Fox News, President Donald Trump said on Wednesday that the US is "doing a very thorough examination of this horrible situation that happened" but refused to discuss what he had been told about the findings.

The lab theory has been denied by the Chinese government and many outside experts have also cast doubt on the idea, CNN has previously reported.

"China's position has been clear on the origin and transmission routes of the novel coronavirus," Chinese Foreign Ministry spokesman Zhao Lijian said Thursday. "The head of the World Health Organization has repeatedly stated that there hasn't been any evidence pointing to the virus being lab-created. Many renowned medical experts around the world have also described theories such as 'lab leaks' as lacking any scientific proof."

A source close to the White House coronavirus task force also cautioned that "every time there is an outbreak someone proposes that the virus or other pathogen came out of a lab."

One official called the way China has handled dealing with the virus "completely reprehensible" -- and intelligence investigators are determined to build a fuller picture of how it originated.

The Washington Post has reported on State Department cables from 2018 demonstrating concerns about the safety and the management of the Wuhan Institute of Virology biolab. When asked about those cables, Secretary of State Mike Pompeo -- who has continued to call the coronavirus the "Wuhan virus" -- did not dismiss them, but neither did he say that they show any legitimate linkage to Covid-19.

"The Chinese Communist Party didn't give Americans access when we needed it in that most timely point at the very beginning," Pompeo said earlier this week. "Then we know they have this lab. We know about the wet (fresh food) markets. We know that the virus itself did originate in Wuhan. So all those things come together. There's still a lot we don't know, and this is what the President was talking about today. We need to know answers to these things."

Some of the officials said the US intends for China to pay a price, but recognize the US has to be careful not to inflict a cost on China before the pandemic is under control and until they have more information about its creation.

CLARIFICATION: This story and its headline have been updated to more precisely describe that the US government is looking into the possibility the virus spread from a Chinese laboratory. It has also been updated with comments by Sec. Esper.