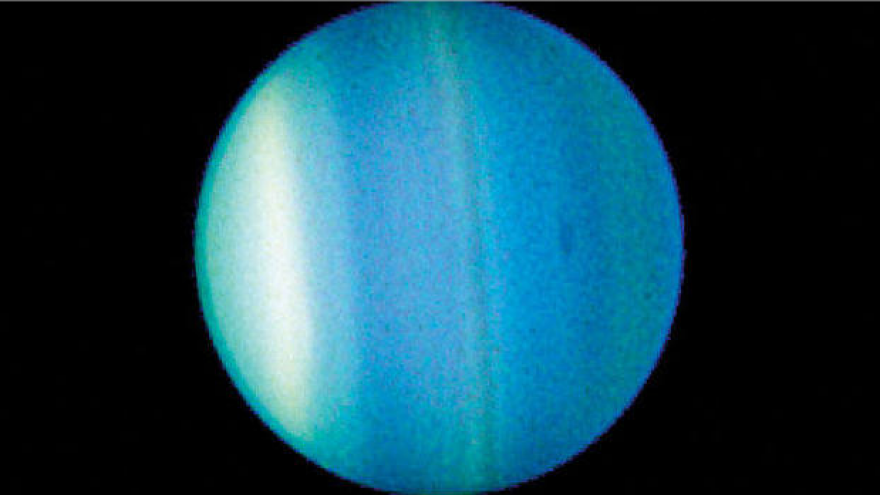 (CBS NEWS) Uranus has been the butt of many jokes over the years. It likely won't get any easier for the seventh planet in our solar system as a new report has confirmed that Uranus likely reeks of -- what else? Bad gas.

Researchers at the University of Oxford confirmed that the upper atmosphere of the planet is composed largely of hydrogen sulfide, a chemical compound with an infamous rotten egg scent. "If an unfortunate human were ever to descend through Uranus' clouds, they would be met with very unpleasant and odiferous conditions," the report's co-author Patrick Irwin said, the BBC reports.

The scientists uncovered the foul-smelling details using the Near-Infrared Integral Field Spectrometer (NIFS) of Hawaii's Gemini North telescope. "Only a tiny amount remains above the clouds as a saturated vapor," researcher Leigh Fletcher said. "The superior capabilities of Gemini finally gave us that lucky break."

According to their findings, published in Nature Astronomy, the Gemini telescope detected between 0.4 and 0.8 parts per million of hydrogen sulfide existing as ice within Uranus' cloud layer.

Oxford scientists added that while they found enough of the molecules required to trigger the familiar rotten egg smell, it's unlikely any human will ever be unlucky enough to smell Uranus.

"Suffocation and exposure in the negative 200 degrees Celsius (minus 328 degrees Fahrenheit) atmosphere, made of mostly hydrogen, helium, and methane, would take its toll long before the smell," Irwin explained about the distant and frozen world, reports Space.com.