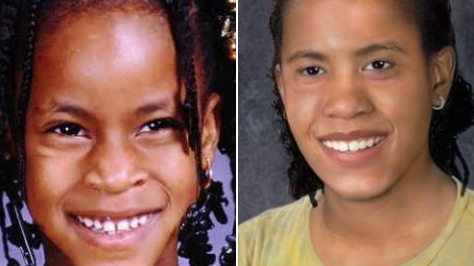 Saturday, July 9, 2016 --- Fourteen years ago, seven-year-old Alexis Patterson was dropped off at a Milwaukee elementary school and never seen again.

Friday, Milwaukee police confirm that they received a tip that Patterson, who would be 21 today, may be alive and well living in Bryan, Ohio.

They say they will be conducting DNA testing to determine if the person the tip caller referred to is Alexis Patterson.

"We all remember what we were doing," said Kari Brennan.

"Her mother came over because Alexis had not returned home from school that day," said Brennan.

Brennan was teaching at Hi-Mount Boulevard School the day Patterson disappeared. Brennan did not have Patterson as a student, but she says the missing girl affected all the teachers.

"At first I think there was more confusion... once it started to roll the entire school - teachers, students, faculty - we were very concerned and upset," said Brennan.

With details of Patterson's disappearance coming to the forefront, Brennan hopes new details will clear the name of Hi-Mount Boulevard School.

"I think that we all as a staff -- we were all very concerned about what happened to her. We never truly believed that she was kidnapped from the school. I feel that I can speak for my fellow brethren from Hi-Mount. We never really thought she was abducted from Hi-Mount. We knew something went down. Of course we're going to be relieved to find out she is alive and then to know it wasn't something suspicious that was done on the school property," said Brennan.

"I was either just having my child or pregnant. I can't remember. But I just remember being a mom how scary it would be to lose your child," said Tawana Watkins.

Watkins lived in Milwaukee when Patterson went missing. Now she lives across the street from where she disappeared.

"That was very scary living right across the street from the school where this little girl disappeared," said Watkins.

Watkins says she has always felt a connection to Patterson.

Both have hopes that good news comes out of this.

"I would hope that it's her. I want to say I think it's her," said Watkins.

"All the former staff here -- it spread like wildfire, and everybody has their fingers crossed hoping for a happy ending, hoping that it is her, and she is alive, and hoping the past 14 years have been good to her," said Brennan.

Community activist Tory Lowe has spoken with Patterson's family. He says they have asked for privacy, but passed along in a Facebook post that the family is asking everyone to stay hopeful and send prayers.

"If there's any DNA [testing] going on that means they've secured somebody, and hopefully it is her," said Lowe.

Lowe has posted on Facebook about the possibility of a woman from Ohio being Patterson. Online chatter is focusing on a woman from Bryan, Ohio named Lisa Miller, but police haven't confirmed who they're testing.

"They're posting someone that's called Lisa Miller from Ohio. They have pictures; they're all over her Facebook. They're extracting pictures and posting it... What we're doing is trying to be patient to make sure we find out what the truth is, said Lowe.

Friday, July 8, 2016 --- The Milwaukee Police confirm that they are tracking a new lead in the disappearance of Alexis Patterson.

A tip was called in from a man who lives in Ohio and thinks Alexis may be there.

Investigators will be conducting DNA testing to determine if the person in Ohio is Alexis Patterson.

Alexis Patterson went missing roughly 14 years ago on her way to a Milwaukee school. She was 7-years-old at the time. She would be 21 today.