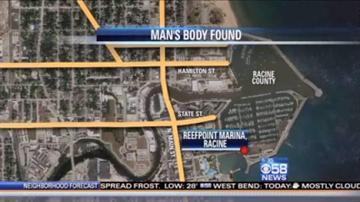 RACINE -- The Racine County Sheriff's Office says it looks like a man accidentally drowned at the Reefpoint Marina.

\"The Racine County Sheriff’s Office responded for a welfare check at the Reef point Marina located in the City of Racine.

Upon arrival deputies located and recovered the body of a 58 year old male from the marina.
Racine County Sheriff’s Investigators were able to positively identify the decedent as Richard J. Franzese, a male white born on 05/28/1955.
The decedent was a resident of   Hoffman Estates Illinois.
The investigation into this matter is ongoing; however everything thus far appears to be consistent with an accidental drowning.\"
.