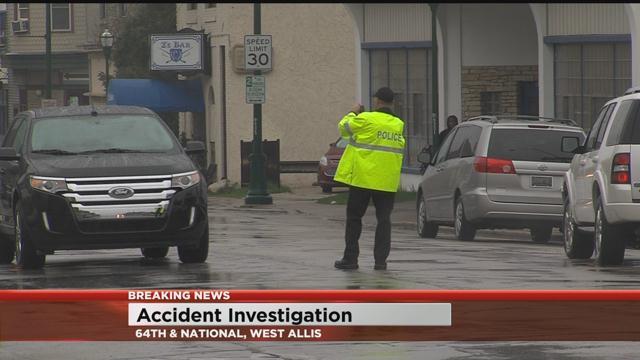 Police now confirming what witnesses first told CBS 58 News; that a child was hit by a car Tuesday afternoon near 64th and National.

He says the exact location was in the 6400 block of W. National Ave.

"The 8 year old male child was transported to the hospital for treatment," said Fletcher. "His injuries do not appear to be life threatening."

The driver of the car involved in the crash cooperated with the officers investigation.

No arrests were made or citations issued.