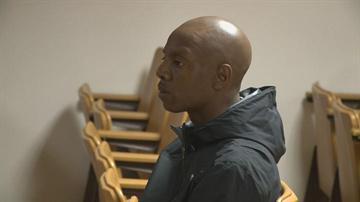 MILWAUKEE --Universal Allah admitted to his part of the Stradivarius violin theft from earlier this year Wednesday morning.  He entered a guilty plea at his plea hearing in Milwaukee County Court.

Allah was the accomplice in this case. He was found guilty of the robbery charge.  His felony drug charge was dismissed but will be read in at sentencing.

The state recommended at least three years of extended supervision but left jail or prison time up to the judge.

Allah could face up to 15 years behind bars.

His court appearance only last about 15 minutes.  But Allah and his attorney stayed in the courtroom for about two hours before leaving.  It appears they were avoiding the media.  When they did leave Allah walked out without commenting.  His attorney had no comment either.

Allah will be back for sentencing in late July.