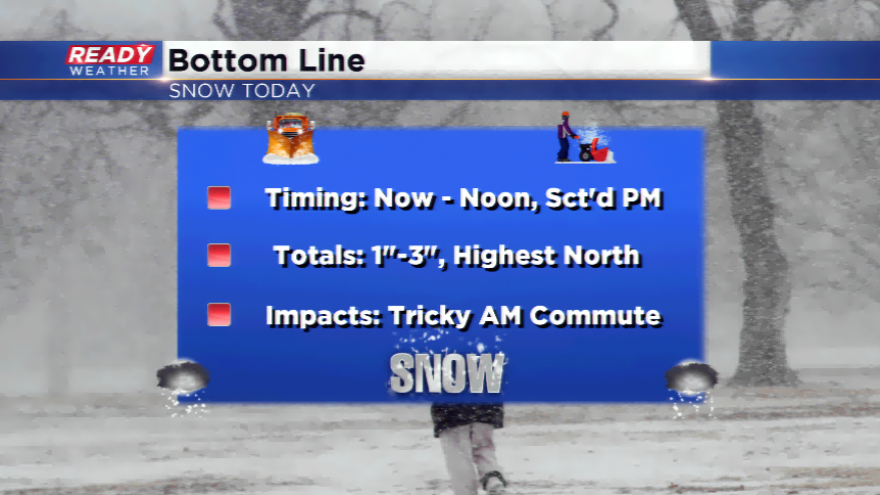 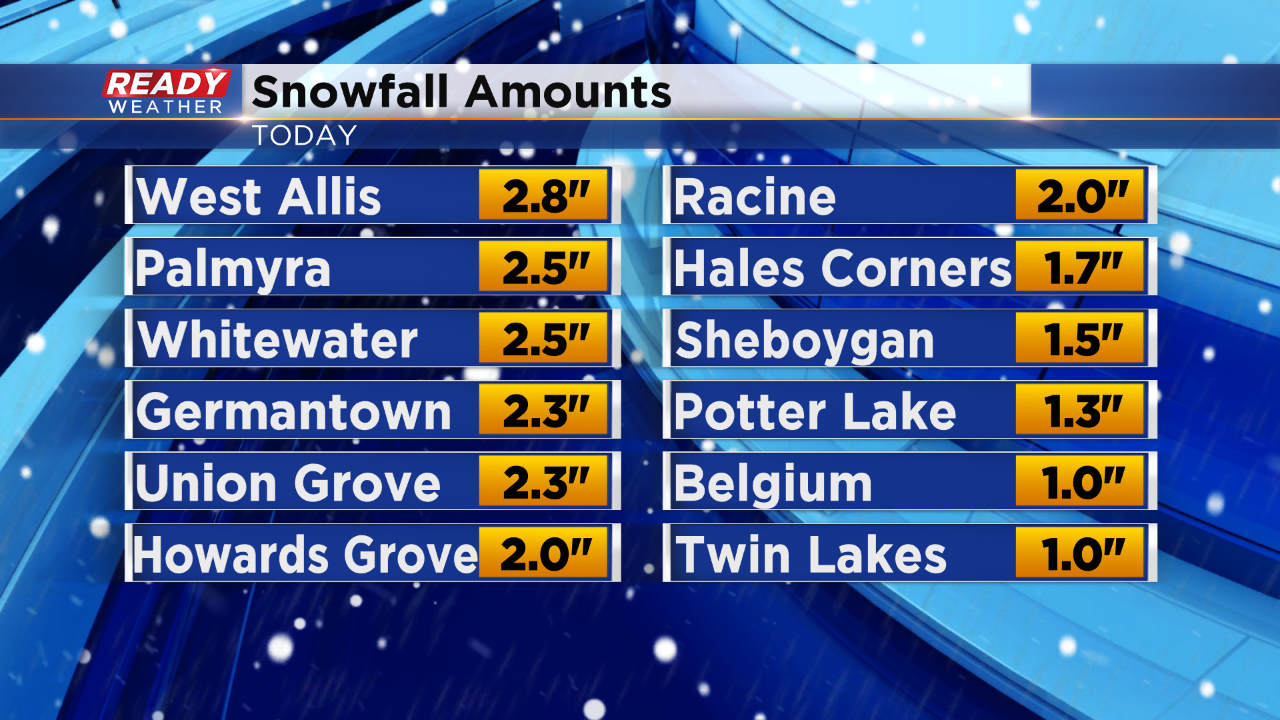 Despite several inches of the white stuff, roads are in pretty good shape. That's because we are early in the season and surfaces are still relatively mild. Grassy spots and elevated surfaces like this: 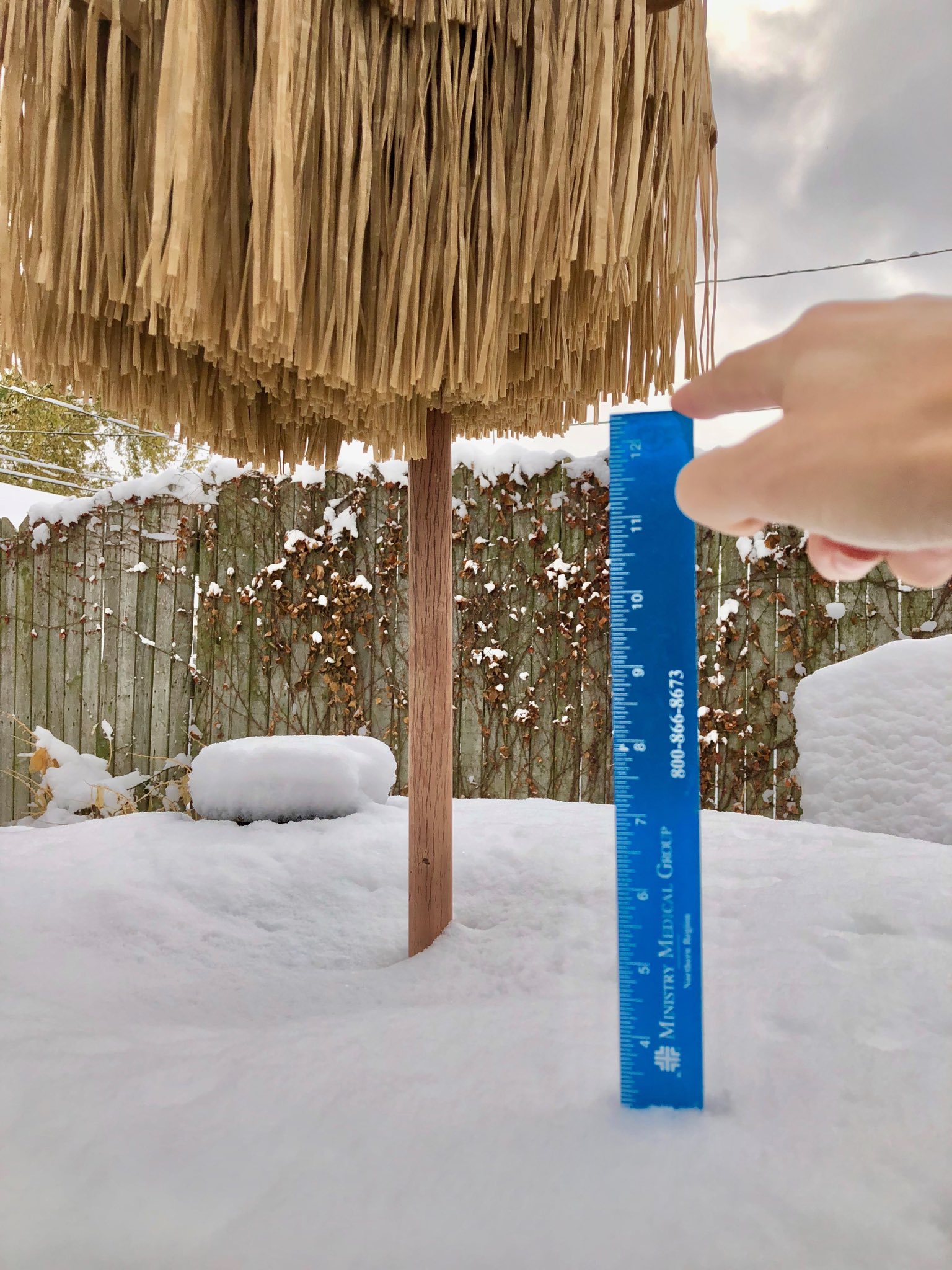 remain snow covered at this hour. Which brings up a reminder that elevated walkways and overpasses may be a touch more slippery late this morning. While we could see a few scattered flurries this afternoon and perhaps later tonight, the focus is shifting to the windy conditions with falling temps tonight. Some of us could have wind chills in the single digits, if not teens. Bundle Up!

10 AM UPDATE: The snow is slowly starting to move out of the area.  However, expect snow showers to ring up here and there during the day, becoming more isolated this afternoon.  The winds will crank in at 30 mph today!

8 AM UPDATE: Snow continues to blanket southeastern Wisconsin.  Totals will range from 1"-3", with the highest being to the north with another squall late tonight.  Slippery conditions and snow-covered roads are likely the rest of today.  Winds begin to pick up after lunch time, so watch the roads. 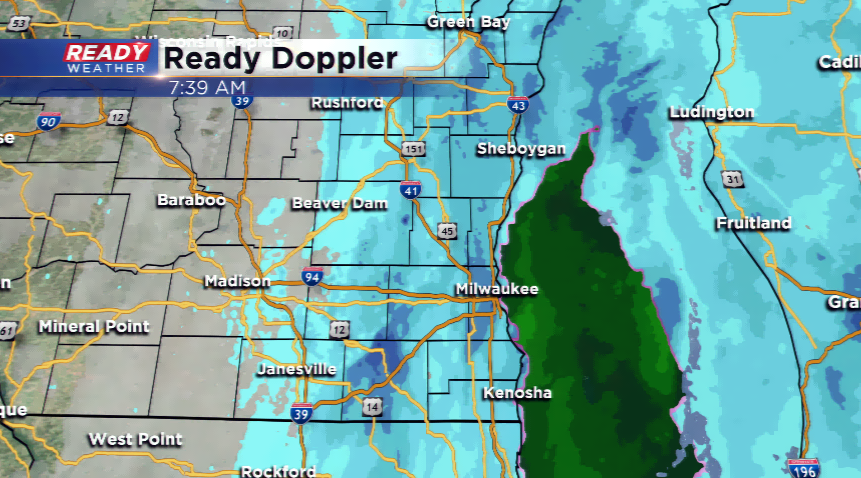 The first snow of the season can always be a challenge to navigate around, and it doesn’t come with great timing since it will impact the morning hours on our Friday. Light accumulation will move into the viewing area this morning, and then slowly turn into scattered squalls the rest of today. 1”-3” will be possible, with the higher amounts into the northern parts of the viewing area. 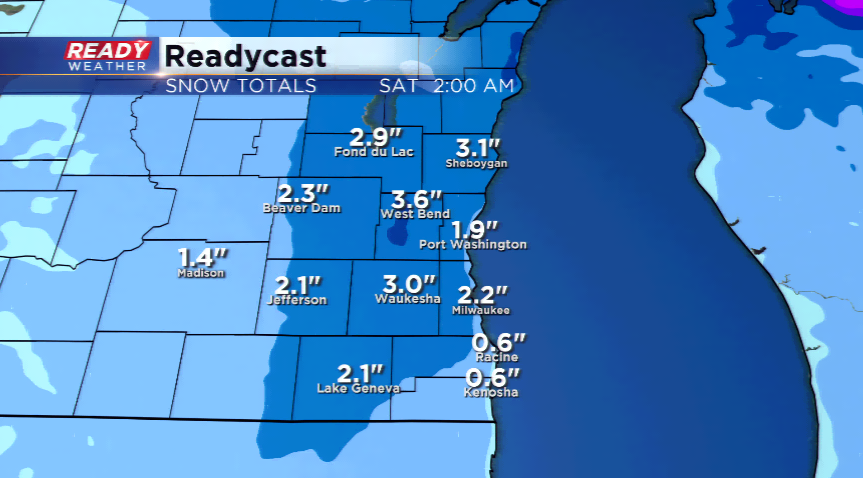 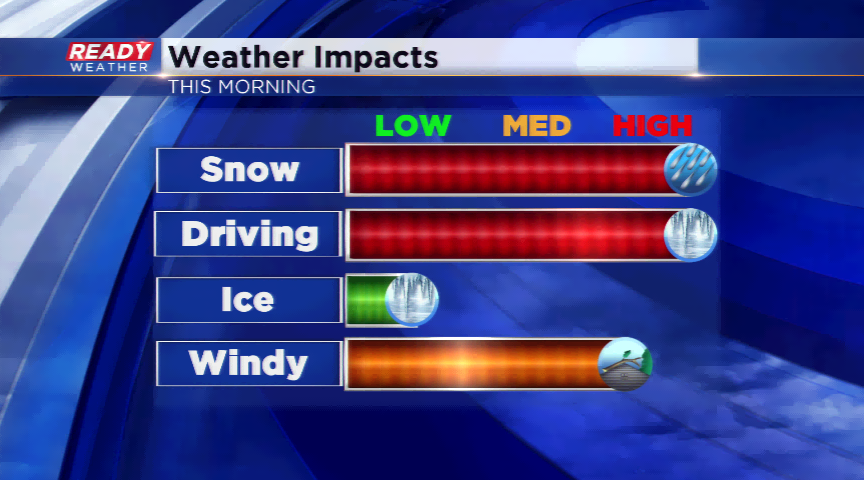 There are no advisories or weather alerts for the snow, but since it’s the first snowfall of the season, please give yourself extra time and plan ahead since there will be delays. The storm system will begin to press east during the day, eventually the snow will taper off. Winds will begin to gust out of the west at 15-30 mph. This could reduce visibilities and even create whiteout conditions outside the city. 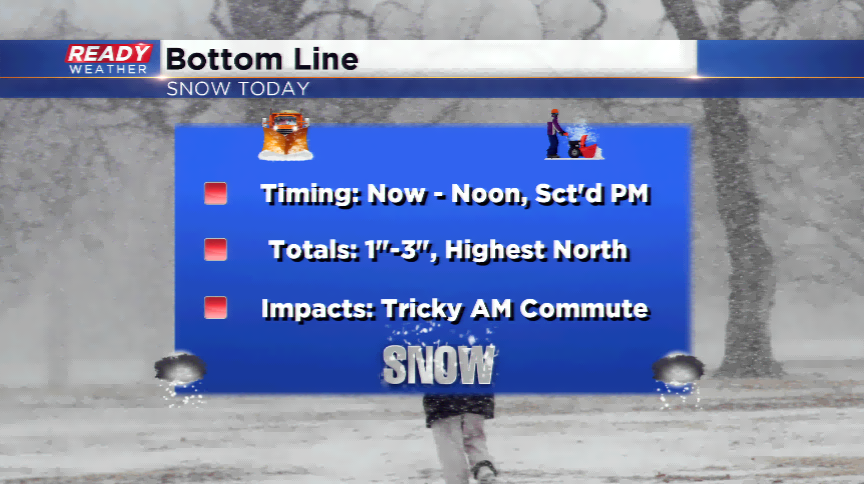 Highs today will be chilly in the 30s; it’s expected to stay cold the next week or so with a much cooler than average weather pattern ahead. 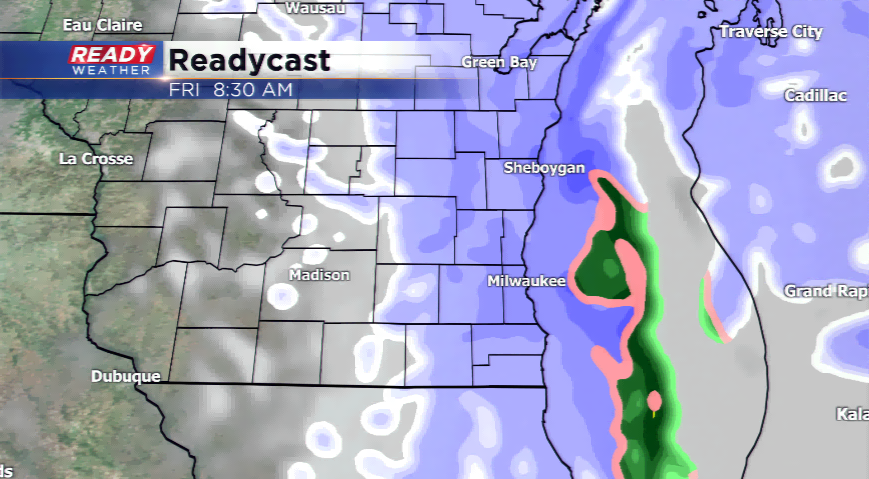 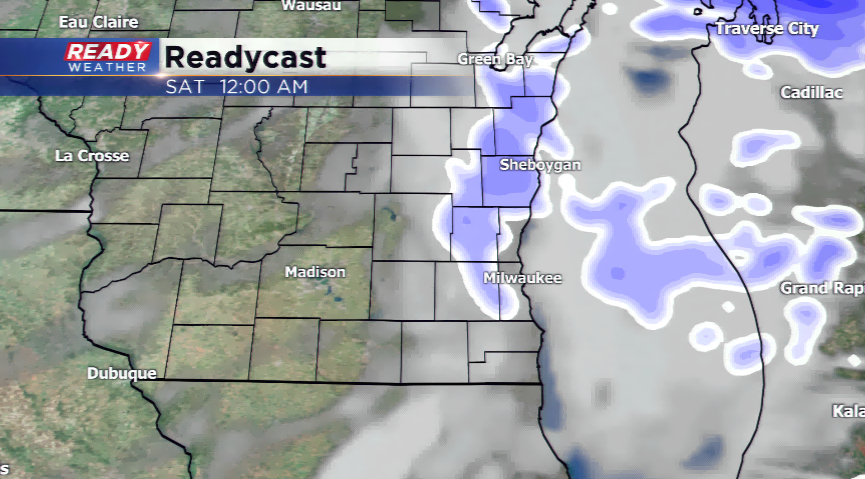