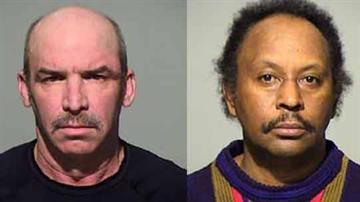 At 1:20 a.m. Sunday morning a deputy stopped a vehicle that was traveling westbound in the eastbound lanes of Clybourn near 16th Street.

50-year-old Charles Hawes Jr of Oconomowc was arrested and a cooler was found in the front seat with cans of beer.

Hawes has eight prior drunk driving convictions and a pending DUI in warrant status in Michigan. He also has 25 suspensions of his driving privileges in Michigan.

This is his 10th arrest for drunk driving. But, since charges prior to 1989 can not be considered Hawes can only be charged for his 7th offense.

On Saturday around 10:30 p.m. a deputy stopped a vehicle that was driving northbound in the southbound lanes on Swan Boulevard in Wauwatosa.

56-year-old Sherman Russell of Milwaukee was arrested for his 3rd OWI.

A 33-year-old Germantown man was arrested this weekend for his 2nd OWI.

A 29-year-old Milwaukee man was arrested for his first OWI and endangering safety by use of a dangerous weapon after deputy saw a semiautomatic pistol in his glove compartment.

Three  other first time offenders were also cited during this weekend's initiative.