Two teens killed when stolen car collides with another vehicle 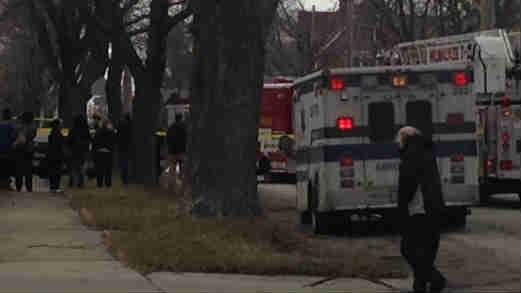 Two teenagers were killed and three people were injured when a stolen car and another vehicle collided around 3:30 pm Wednesday.

Milwaukee Police Chief Ed Flynn said that an 18-year-old was driving the stolen car at a high rate of speed near Lloyd and Hi Mount Boulevard when he ran a stop sign.

That's when the stolen car was hit by another vehicle.

A 16-year-old and another boy who were both passenger in the stolen vehicle were killed.

The 18-year-old driver and a 17-year-old passenger were taken to a local hospital for treatment of non life threatening injuries.

The 47-year-old driver of the other car has been treated and released from the hospital for his injuries.

The driver of the stolen car has been previously arrested for juvenile car theft, resisting an officer and possession of a dangerous weapon by a child.

The car was stolen with the keys two days ago from the south side.

\"Two passengers with their entire lives ahead of them, are dead, because of this reckless, stupid behavior,\" said Chief Flynn.

\"This past summer we had a number of cars getting stolen for a period, it seemed like a car was getting stolen every two or three days, right around this neighborhood,\" said Pete Ziolksowski.