Two Officers Per Squad Policy to Remain "For the Time Being" 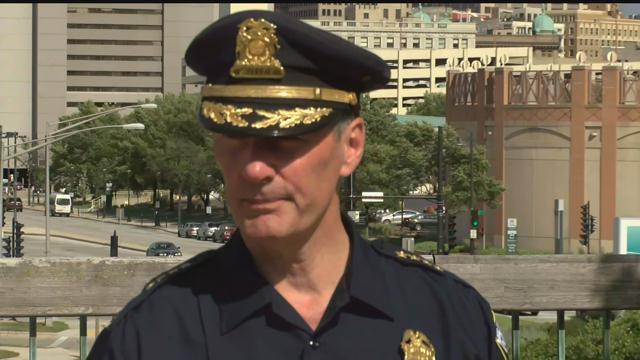 Following the non-fatal shooting of a Milwaukee police officer, a city policy has changed "for the time being", according to a police department press release.

Now, when headed out on calls, two officers will be required to ride in the same squad car.

Michael Crivello, president of the Milwaukee Police Association said it's been seven years since he started calling for two-officer squads to be reinstated and although he's pleased with the change, he doesn't like that it happened because an officer was hurt.

Milwaukee Police Chief Ed Flynn wrote in a statement that he ordered the change not because he feels it makes officers safer but because he's motivated "out of an abundance of caution".

Chief Flynn said in the same statement that his data shows there is not a safety difference between one-officer and two-officer squads.

"If we get dispatched to someone in distress and we have one person in the car and it's of the level of security where it takes two people, that means an officer has to park, stage down the block, and wait for that second squad to come," Crivello said.

"That is a waste of time. Of precious time," Crivello said.