Two Injured After Car Drives Into Plato's Closet in Ashwaubenon 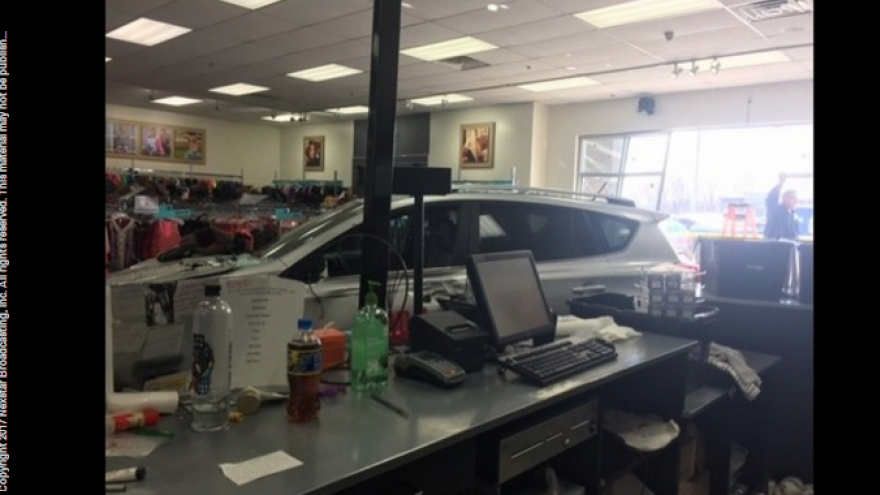 ASHWAUBENON, Wis. - (WFRV) Two people were injured after a vehicle drove through Plato's Closet in Ashwaubenon.

A 24-year-old woman was shopping inside with her little boy when a Toyota SUV drove through the store and hit her as she was trying to save her son.

The little boy was pinned between the car and the service counter but was uninjured. An associate of the store says that it was a miracle the boy was unharmed.

The boy's grandmother was also injured in the incident.

Both the mother and grandmother were taken to the hospital with non life-threatening injuries.

Officials say that the 78-year-old female driver got her foot caught between the pedals and crashed into the storefront.

Check back for updates.