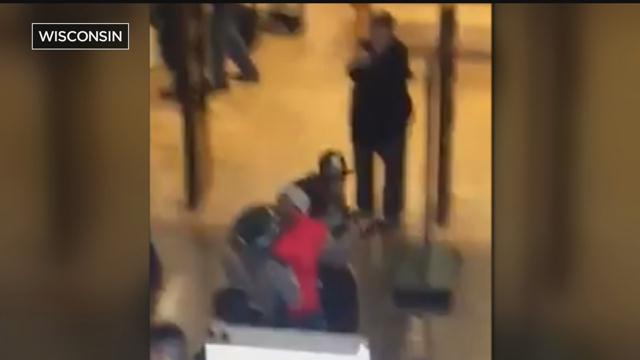 It's well known that black Friday shopping can be chaotic, but another busy shopping day may have taken over that title as unexpected brawls broke out across malls across the country Monday.

Cell phone video shows security guards scramble to get teenagers under control after not one, but two fights break out at Mayfair Mall in Wauwatosa.

According to Wauwatosa police, a fight took place at 4:15 p.m. and 6:25 p.m. inside the mall. One juvenile was arrested after the 6:25 p.m. fight. An unknown amount of people were arrested following the 4:15 p.m. fight. No one was hurt.

Police say the fights were not organized or connected to other mall fights.

On the day after Christmas, over a dozen major fights broke out across the nation. One making headlines took place at the Fox Valley Mall in Aurora, Illinois near Chicago. Over 1,000 teens participated in a fight where a security guard was knocked to the ground. Eight people were arrested and the mall was closed for a period of time.