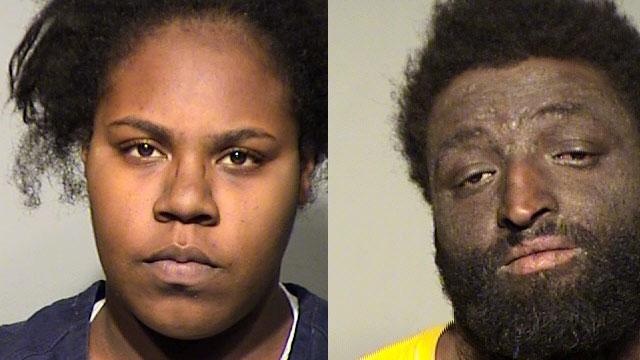 Two Milwaukee residents have been charged in the fatal shooting at the corner grocery store at 3714 North Martin Luther King Drive on Sunday.

Security Camera video showed a male suspect walking around the store holding a pistol in his right hand pointing it at the victim.

The female suspect is seen pointing a gun a no one in particular.

The male suspect is seen quickly closing the distance between the victim and him and pointing the gun at the victim’s back.

The video shows the murder occurring at 1:05 AM.

The store’s owner told police the victim was his cousin and he had recently purchased the store from the victim.

After purchasing the store, the owner said he recently terminated two of the victim’s employees.  A week before the incident the male suspect was at the store and said the owner owed him money for his prior employment.

Carson-Quinn allegedly told police that she and Hutchinson planned to rob the victim of the proceeds from the sale of the business.

The night of the incident, the victim let the defendants into the store. The three ate some food and watched a movie. She told police she went to open the locked room where the security camera was located.

She said she knew that Hutchinson was going to kill the victim.

She heard two gunshots and took a few packs of cigarettes and left the store, but she came back because she forgot her portable DVD player.

Hutchinson told police that before the second shot the victim asked “Why Trell? Why?”