Turkeys take over neighborhood in Greenfield 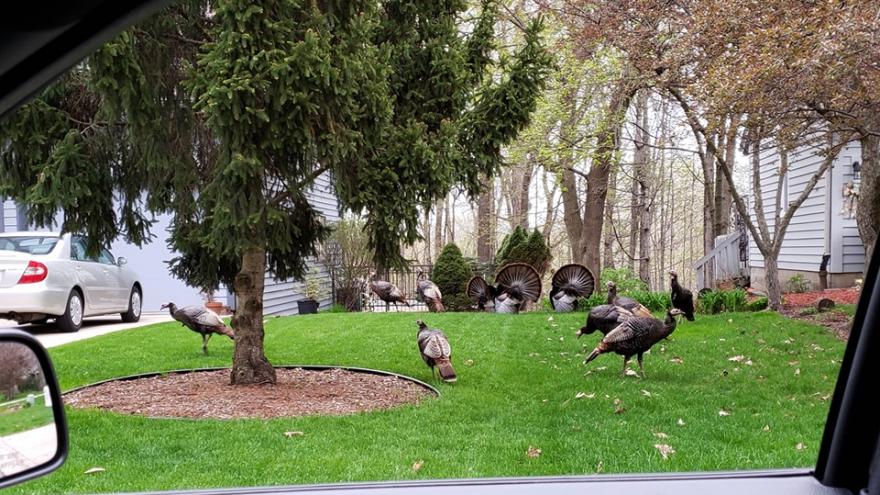 GREENFIELD, Wis. (CBS 58) -- It's that time of the year -- male turkeys fanning their feathers and strutting their stuff. This time, it happened on the streets of Greenfield.

Greenfield Police were called out to a neighborhood on Tuesday morning.

Officers took to social media to post pictures and jokingly urge residents to head indoors and draw their curtains.

After issuing the all clear, police doubled down on their hilarity saying the mayhem started because there was outrage over a sale on turkey at a local grocery store.