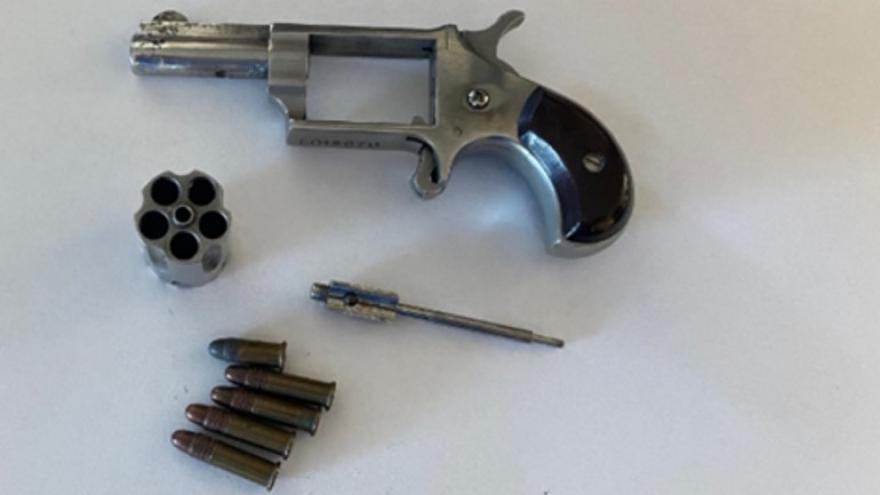 MILWAUKEE (CBS 58) -- Another gun was prevented from making its way onboard an airplane at Milwaukee Mitchell International Airport (MKE) on Sunday, Aug. 24. This was the 16th gun stopped at MKE this year, the same number caught in all of 2018.

According to the TSA, during a routing screening of carry-on luggage, a TSA officer spotted the image of a handgun on the X-ray screen. The firearm was loaded with five rounds. The traveler, an Amarillo, Texas, resident, said he forgot the gun was in his bag.

A Milwaukee County Sheriff's Office deputy responded to the checkpoint, confiscated the firearm, and issued a citation.

TSA may impose civil penalties of up to $13,910 per violation per person. A typical first offense for carrying a loaded handgun into a checkpoint is $4,100. The complete list of civil penalties is on the TSA website. If a traveler with a gun is a member of TSA PreCheck®, that individual will lose their TSA PreCheck privileges for a period of time.

Passengers are permitted to travel with firearms in checked baggage if they are unloaded, packed separately from ammunition in a locked hardback case and declared at the airline check-in counter. Firearm possession laws vary by state and locality. Travelers should check for firearm laws in the jurisdictions they are flying to and from.

TSA has details on how to properly travel with a firearm posted HERE. Travelers should also contact their airline as they may have additional requirements for traveling with firearms and ammunition.