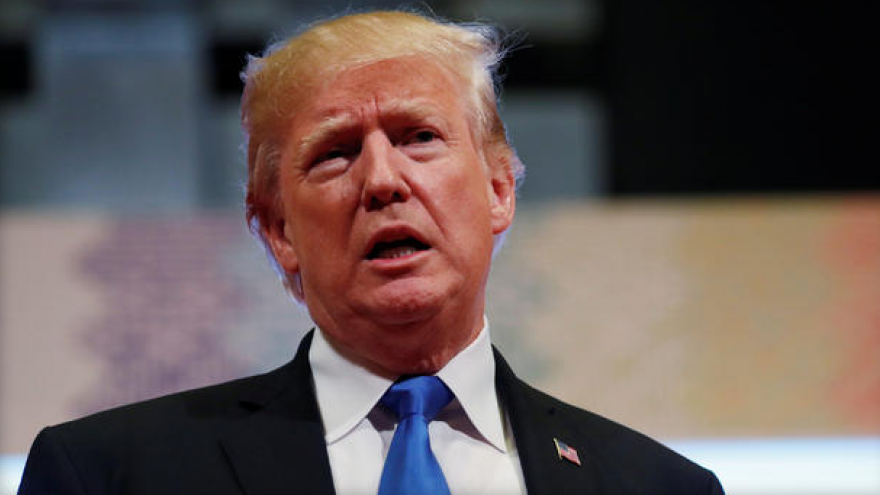 The Wall Street Journal reported in January that Cohen paid Clifford the money to prohibit her from publicly discussing the alleged relationship between her and Mr. Trump. But after the Journal story, In Touch published a 2011 interview in full where Clifford spoke about the alleged affair.

"Neither the Trump Organization nor the Trump campaign was a party to the transaction with Ms. Clifford, and neither reimbursed me for the payment, either directly or indirectly," Cohen said in a statement to CBS News. "The payment to Ms. Clifford was lawful, and was not a campaign contribution or a campaign expenditure by anyone."

Clifford issued a statement on Jan. 31 denying the alleged affair, saying "I am not denying this affair because I was paid 'hush money' as has been reported in overseas owned tabloids. I am denying it because it never happened."

But in an appearance on "Jimmy Kimmel Live!" that night, Clifford was coy about the statement. When Kimmel said the signature on it didn't look like hers, she responded "that does not look like my signature, does it?"

Cohen first gave his statement to The New York Times. Cohen's statement is the first time he has acknowledged the transaction, which was made through a limited liability company, or shell company, Cohen had established.

Cohen called it a "private transaction" and said he had issued a similar statement to the Federal Election Commission. A watchdog group, Common Cause, filed a complaint to the FEC saying the payment constituted an in-kind contribution to the Trump campaign.

"The complaint alleges that I somehow violated campaign finance laws by facilitating an excess, in-kind contribution," Cohen said in his statement. "The allegations in the complaint are factually unsupported and without legal merit, and my counsel has submitted a response to the FEC."

Cohen said in the statement that he does "not plan to provide any further comment on the FEC matter or regarding Ms. Clifford."

In January, Cohen told CBS News' Jeff Pegues "these rumors have circulated time and again since 2011. President Trump once again vehemently denies any such occurrence as has Ms. Daniels."

"Just because something isn't true doesn't mean that it can't cause you harm or damage," Cohen said at the end of the statement. "I will always protect Mr. Trump."