Truck crashes into I-94 overpass on Moorland in Brookfield, driver injured 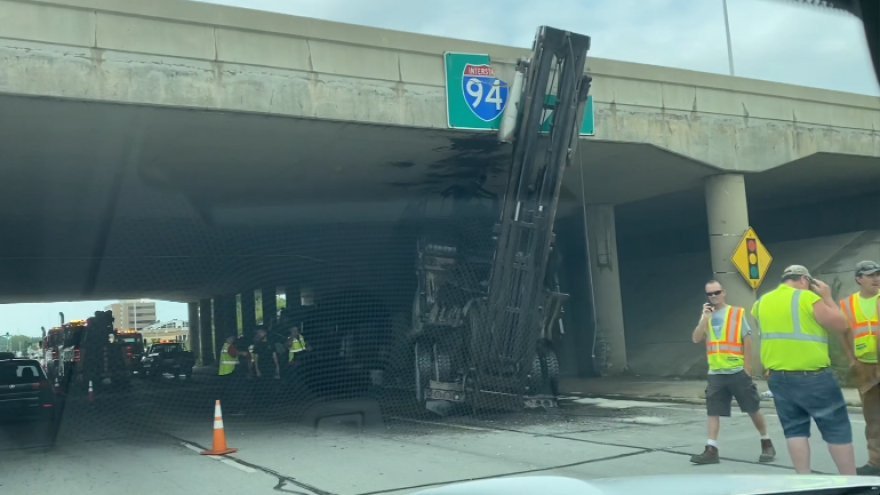 BROOKFIELD, Wis. (CBS 58) -- A dumpster delivery truck struck an overpass on I-94 on Moorland Road in Brookfield on Tuesday, Aug. 10.

According to police, the truck was traveling south on Moorland with its bed raised. The bed of the truck struck the overpass as the truck was goign under the I-94 overpass.

The driver of the truck, a 58-year-old Brookfield man, was transported to an area hospital for non-life threatening injuries.

Police say the I-94 overpass was inspected by state officials and deemed safe.

Municipal traffic citations will be issued to the driver.