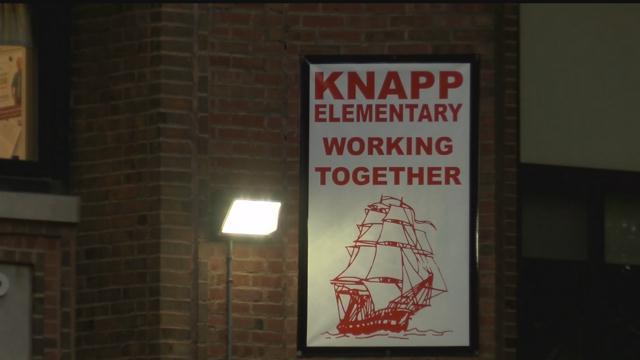 With the start of a new school year just days away for most now's a good time to remind parents how necessary it is to send their kids to school every day. One woman in Racine is learning that the hard way.

A criminal complaint says Elizabeth Gomez's child was truant from school 39 days and for that, she's facing some serious charges.

\"They go there to get an education and that's their job as a parent to send them,\" said Justin Smith.

Smith has three kids and says though he doesn't know the circumstances behind those 40 absences, there's still no excuse

\"At least call them in; so if they don't show up that's terrible,\" he said.

And its policy, according to the Racine Unified School District. On their website, they say, \"Truancy is defined as any absence from school for part or all of one or more days without contacting the school in writing or by phone to explain the absence.\"

The legal trouble for parents begins with five unexcused or 10 excused absences, at which point they're referred to truancy court and face fines of 500 to 1000 dollars and/or 30 to 90 days of jail, depending on how many days were missed.

\"For a parent not to be sending their kids to school for that long it's crazy,  something's gotta be wrong,\" said Smith.

According to criminal complaint In Gomez's case, her child missed 39 days of school at Knapp Elementary from December 2014 to May of 2015. She now faces seven counts of failure/cause of child to attend school.

What's more, she could also face years in jail and tens of thousands of dollars in fines.

RUSD says they made multiple attempts to meet with Gomez, but she didn't cooperate and the truancy problems didn't get better.

\"I think the punishment is right for the crime. Teach your kids now at a young age otherwise they'll grow up with out an education and become criminals,\" said Smith.

We also reached out to Milwaukee schools- they say their policy is similar, and if children miss enough days, parents can face municipal charges.