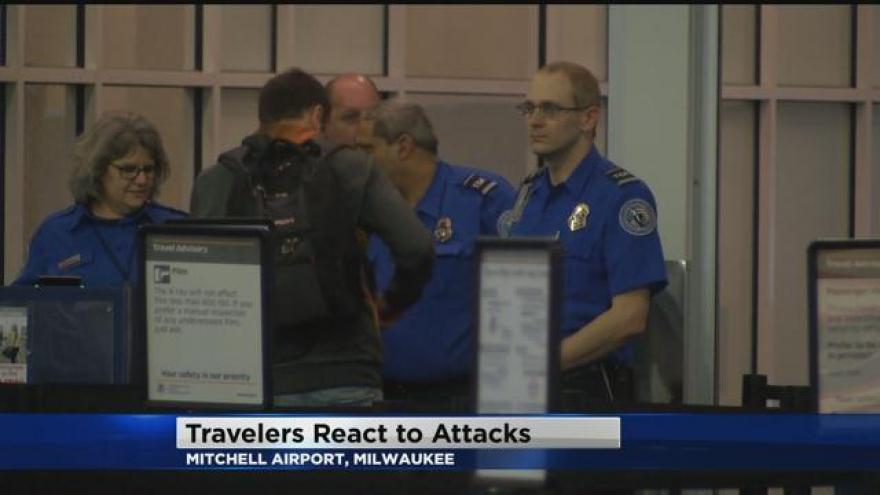 Flights in and out of Brussels have been either diverted or canceled for the rest of the day after a total of 3 explosions rocked the European city Tuesday morning.

The terror attack has security across the globe on heightened alert.

At General Mitchell International, airport officials wouldn’t comment on what if any additional security measure they were taking in the wake of the attacks.

The TSA increased security at airports across the country including Chicago, New York and Miami.

CBS 58 saw several TSA guards along with the members of the Milwaukee County Sheriff’s Office walking around the airport.

While there is no threat to Mitchell airport, the security seen was more of a symbol to reassure travelers that this is a safe place to be despite what happened overseas.

This of course is a busy time here in the United States with many travelers heading to spring break destinations.

Kathy Witte was waiting at the airport for her daughter and said all of the recent terror attacks have changed her views about traveling.

"It's the kind of thing where you don't expect it to happen to you but it could,” Witte said.

“I guess we’re just going to have faith that things work out ok but it has changed my attitude."

Amtrak has said it has deployed extra officers at stations and on trains across the country.