Train touches off grass fires in Tosa and Milwaukee 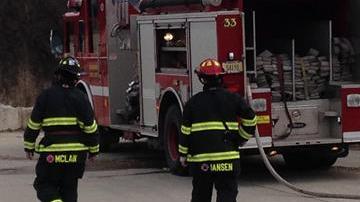 EAGLE - The Wisconsin DNR has posted the fire danger around the southeastern portion of the state as high. That means they don't recommend that residents burn debris on their properties. Right now as the weather warms and things dry out, old leaves and other debris are especially flammable. You're urged to wait until things green up more or there is a lot of rain to dampen things before burning debris. That fire danger became a reality along railroad tracks in Wauwatosa and Milwaukee Thursday afternoon. Sparks from a passing train near State Street between 45th and 68th streets touched off several spot fires. Milwaukee and Wauwatosa Firefighters were called to put those fires out. The rail line was shut down to traffic for several hours while firefighters worked those scenes.