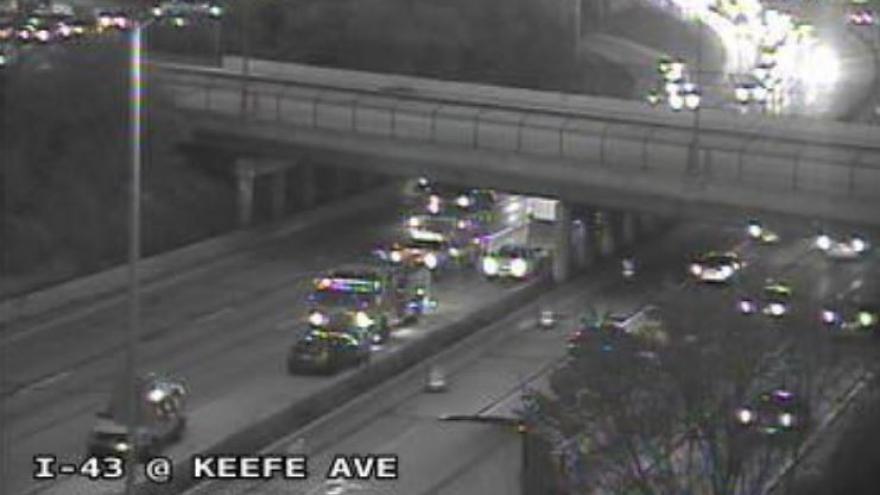 MILWAUKEE (CBS 58) -- All lanes are now open after a crash I-43 southbound near Atkinson Avenue.

MILWAUKEE (CBS 58) – Traffic is backed up on I-43 southbound near Keefe Avenue due to an accident.

As of 8:15 Wednesday morning, the commute from Mequon Road to downtown is taking over an hour at about 100 minutes.

How does 100 minutes sound from Mequon Rd to downtown? Left lanes still closed due to earlier accident. @CBS58#ReadyTrafficpic.twitter.com/Kg6hrsX2Uo

Drivers are encouraged to use an alternate route, detouring on Port Washington Road or Green Bay Avenue.

An accident along I43SB near Keefe is causing major delays. Detour on Port Washington Rd or Green Bay Ave. @CBS58#ReadyTrafficpic.twitter.com/qhKzBERTZg