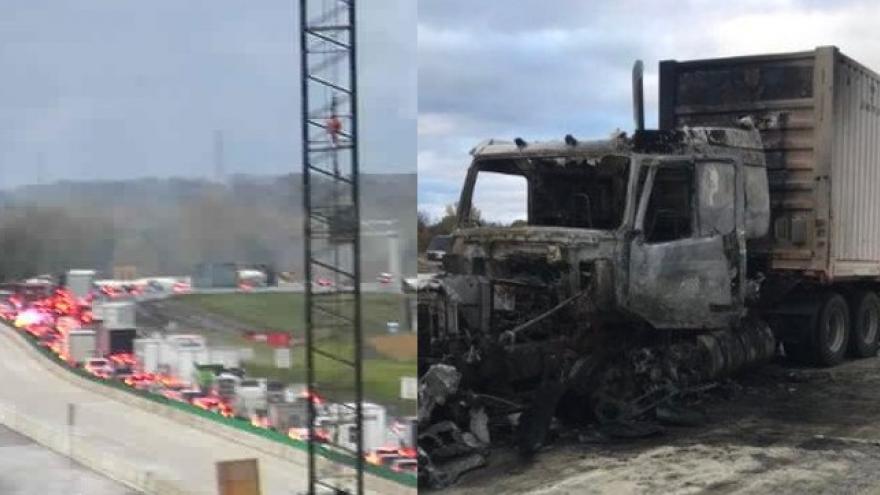 Drivers were asked to avoid the area and take alternate routes.

The freeway remained closed more than an hour after the incident to cleanup fuel the semi leaked. 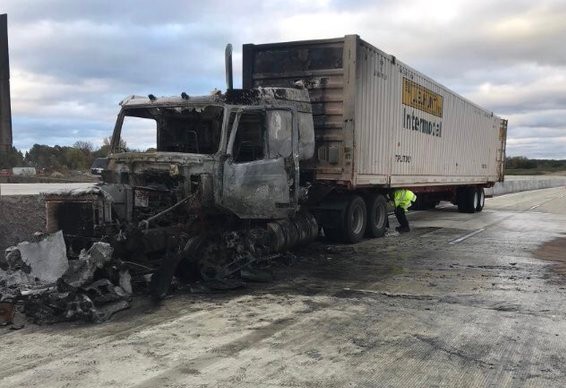 RACINE COUNTY, Wis. (CBS 58) -- All lanes of I-41/94 northbound and two left southbound lanes are blocked near County G for a semi fire near the Racine/Milwaukee County line Wednesday morning, Oct. 16.

Traffic can be seen backed up on the freeway as authorities respond.

To avoid the fire, Racine County sheriff's officials say the alternative route is I-94 to Highway G, take Highway G west to 27th Street, 27th North to Ryan RD, go east on Ryan road back to I-94.

UPDATE: Lane 1 northbound is now open to clear the traffic queue. Closure at Hwy G remains as cleanup will need to take place because of leaking fuel. Heavy wrecker tow is on scene to offload the diesel fuel and tow the semi. pic.twitter.com/Lvy59X1ORZ 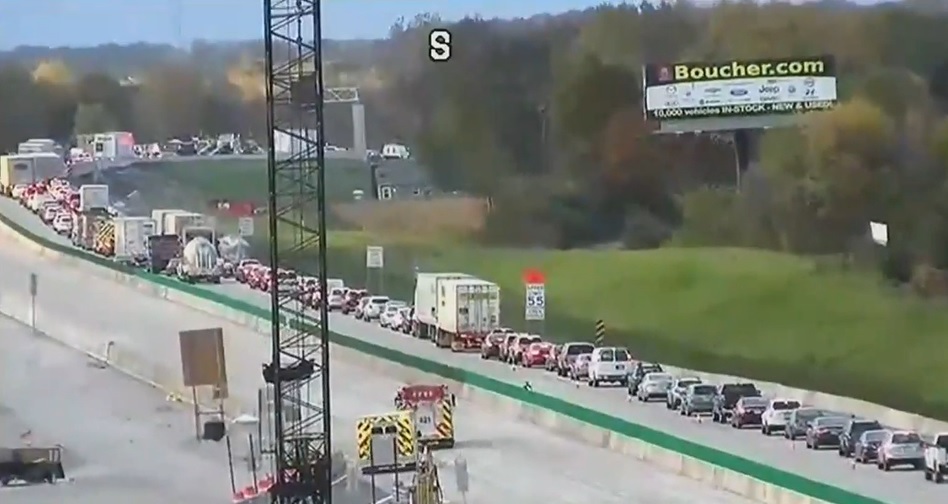 According to the Wisconsin Department of Transportation (WisDOT), the incident will take at least an hour to clear.