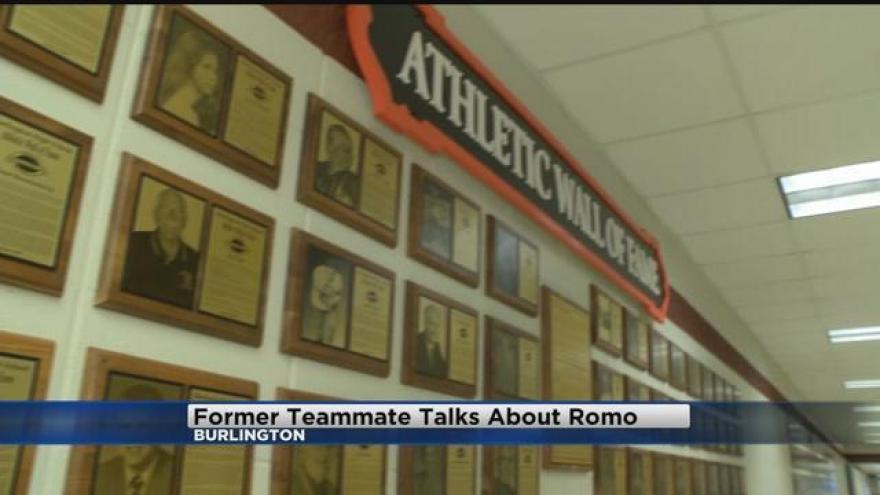 Nearly all of Wisconsin will be cheering on the Packers this weekend as they face the Dallas Cowboys, but there are pockets of Cowboys fans cheering on the blue and silver because of their connection to Burlington native Tony Romo.

Inside this building behind me there are signs of Tony Romo all over the place.

Romo’sjersey is hanging up and a Romo plaque is still on the Burlington High School Athletic Hall of Fame Wall.

A display case with Romo's high school jersey next to his signed Dallas Cowboys jersey.

Burlington Coach Steve Tenhagan tells me he still talks to Romo almost every week, and says Romo does really want to play this weekend, but is doing what's best for the team.

Tenhangen says he'll still be rooting for Dallas because of his high school teammate.

"This week in the majority of people in the area still pull Green Bay, we try to come the other way and jump aboard but we just can't get them to. I'll be rooting Dallas this weekend, I definitely Tony has the opportunity to play in the NFC championship game, and then furthermore into onto the Super Bowl,” said Tenhangen.