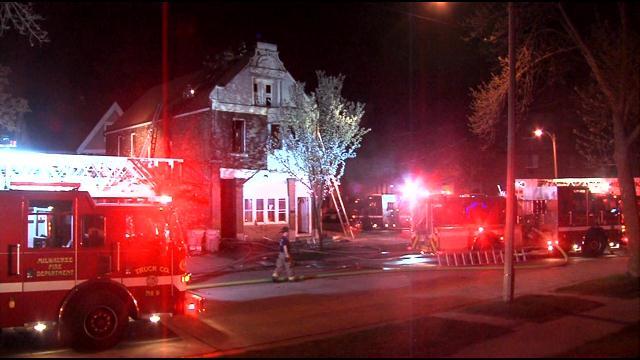 MILWAUKEE-- Three people jumped from a second story window to escape a fire near 28th and Michigan in Milwaukee.

Fire officials are investigating the cause of the fire.

Milwaukee Fire Department says another person suffered a severe head injury.  Officials believe the person sustained the injury during the escape, but there were reports of a shooting in the area around the same time as the fire.

\"We did have in fact, en route to this fire, reports from our dispatch, that there were reports of gunshots in the area,\" recalled Battalion Chief Aaron Lipski, of Milwaukee Fire Department, \"on our arrival we were informed by police, that we in fact had a gunshot wound to the head.\"

No word on if the two cases are linked.

Chief Lipski says two of the people who jumped from the home were taken to the hospital, one person refused medical transportation.  No word on any of their conditions.