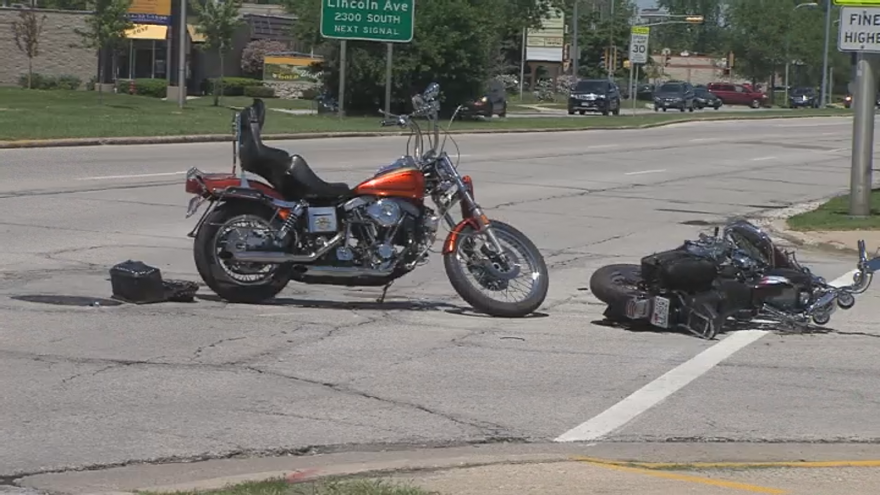 WEST ALLIS, WI (CBS 58) -- Three people are in the hospital following a motorcycle accident on Highway 100 in West Allis this afternoon.  The accident happened around 12:25 PM on S 108th Street at  W Hayes Avenue.

According to the West Allis Police,  the three motorcyclists  were injured when their bikes collided with another vehicle in the intersection.   The three were taken to the hospital with what is described as serious injuries.

Preliminary indications are that neither alcohol or speed were a factors in the accident.