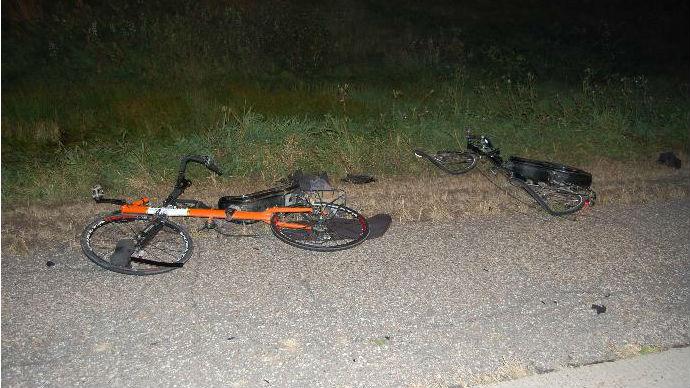 WITHEE, Wis. (WSAW) -- A 26-year-old Thorp man charged with hitting two bicyclists with his truck and driving off is scheduled to learn Monday if his case will head to trial.

Scott Horn was arrested about 15 minutes after the hit and run was reported on Sept. 25.

Investigators said two men, both 19-years-old were stuck by a vehicle on State Hwy 29 near Gorman Ave. in Withee around 1 a.m.

One of the men received life-threatening injuries.

Horn was arrested by a Greenwood Police Officer. According to a news release his truck had front end damage and he was slurring his speech.

Online court records show he'll be charged with two counts of hit and run, injury by intoxicated use of a vehicle and operating under the influence.

He's scheduled to enter a plea to his charges Dec. 29.