This man proposed to his girlfriend – with 16 dogs in tow 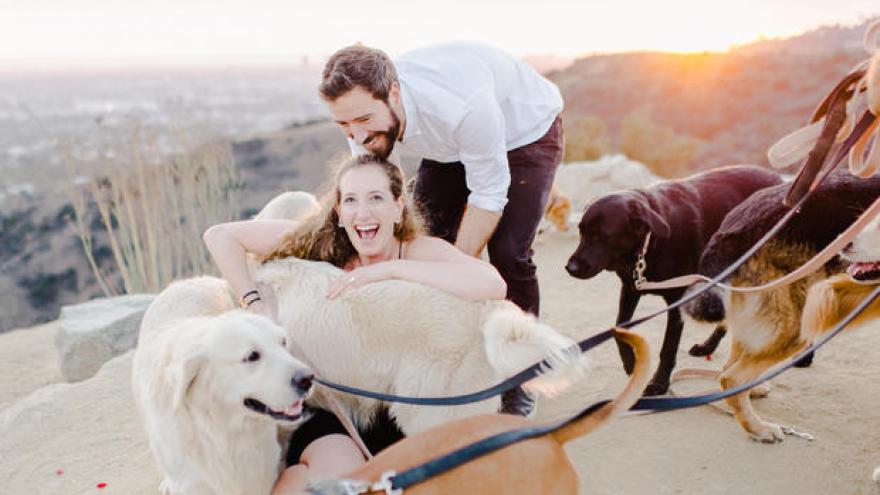 (CBS NEWS) -- Most people expect a ring, flowers and maybe even music at their dream proposal, but one man surprised his girlfriend with all that and something a bit furrier: 16 dogs.

After more than four years of dating, Laura Stampler thought boyfriend Maurice Goldstein could propose at any point over the past six months, she told CBS News.

But, she was still completely taken by surprise when he popped the question while they were home in the Los Angeles area over Thanksgiving. They now live in New York City.

Goldstein asked Stampler to go for a hike at Runyon Canyon, a park in Los Angeles, before getting drinks with friends one night. 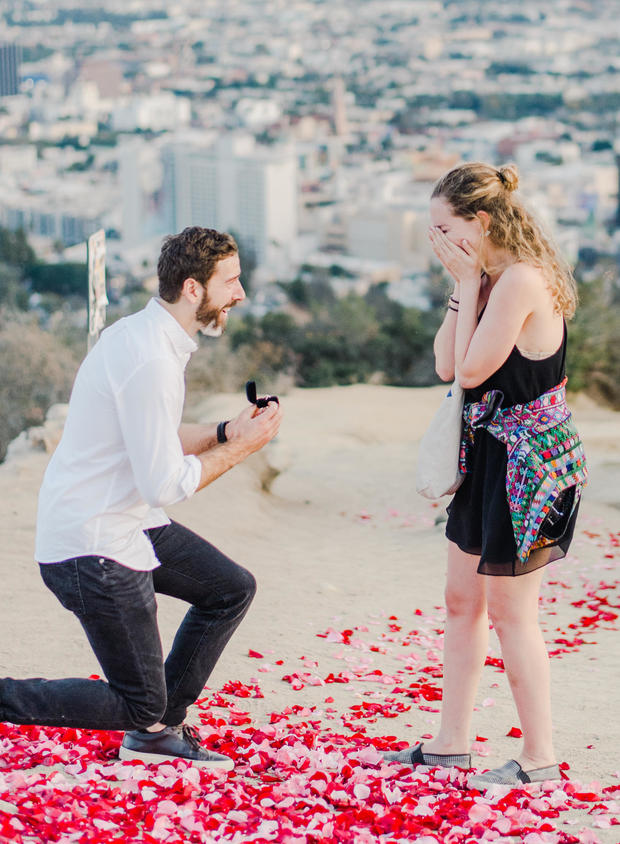 About 15 minutes into their hike, Stampler, a writer, said she noticed something a little peculiar on the trail.

"I saw the rose petals and I see a group of figures and it's just like, all of a sudden ... you know," recounted Stampler. "And I just started hyperventilating and crying."

With rose petals beneath their feet and an a capella group singing Motown hits and Disney classics, Goldstein got down on one knee and proposed.

She said yes. But, the classic romantic moves weren't all he had in store.

"When we were kissing, all of a sudden all of these dogs were unleashed and started running towards me," recounted Stampler.

A huge dog lover, Stampler says she "flipped out" at the sight of the pups. She was even too distracted to put her ring on at first.

The entire incredible reaction, and dog cuddling afterward, was caught on camera by friend and professional photographer Rebecca Yale. 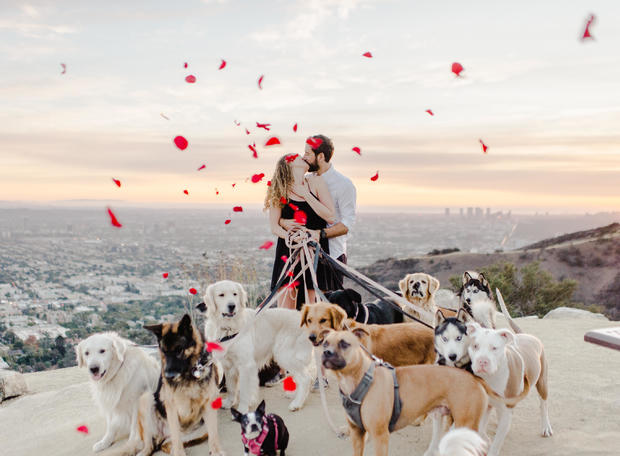 So, where did Goldstein find 16 dogs? Luckily, his family's German Shepherd, Scout, regularly runs with a group of dogs in the California mountains led by Tony Vercillo.

Vercillo, an "ultra-marathon runner and dog whisperer," according to Stampler, has become a friend of the groom-to-be's family. So he jumped at the chance to make the pup-filled proposal a reality.

He called his other clients and asked if their dogs could be part of the happy couple's special day.

"I personally don't know how you can top puppies," gushed Stampler, "For me, personally, this was beyond perfect -- just having someone who knows you well enough to make you happy." 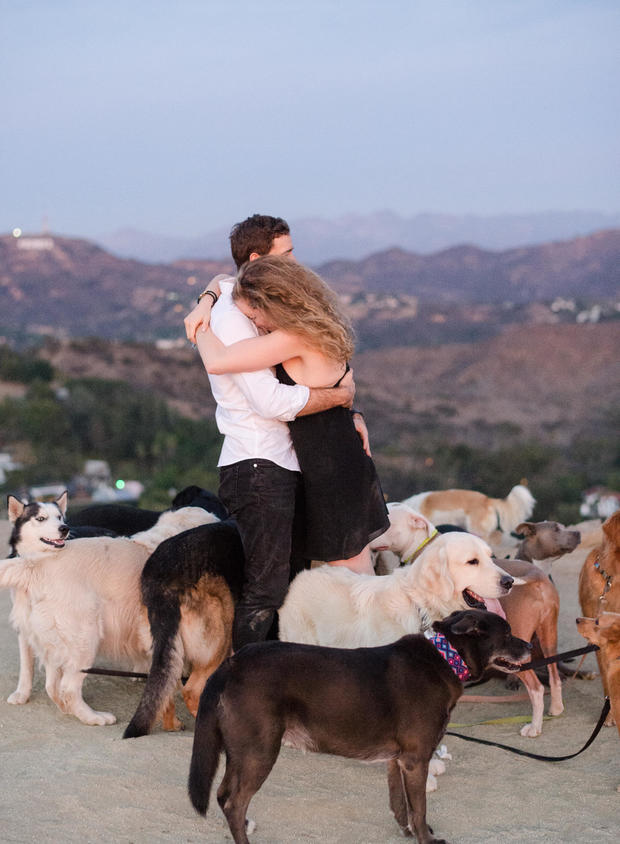 And, as if 16 dogs weren't enough for the animal-loving couple, after the proposal they were accepted as foster parents for rescue dogs through Muddy Paws Rescue in New York City.


The bride-to-be told CBS News they've started planning their wedding "a little bit" and are looking at fall 2019 or spring 2020 for their big day.

Dogs will surely be involved.