"This is our baby:" Two arrested, chilling details released in case of slain pregnant woman 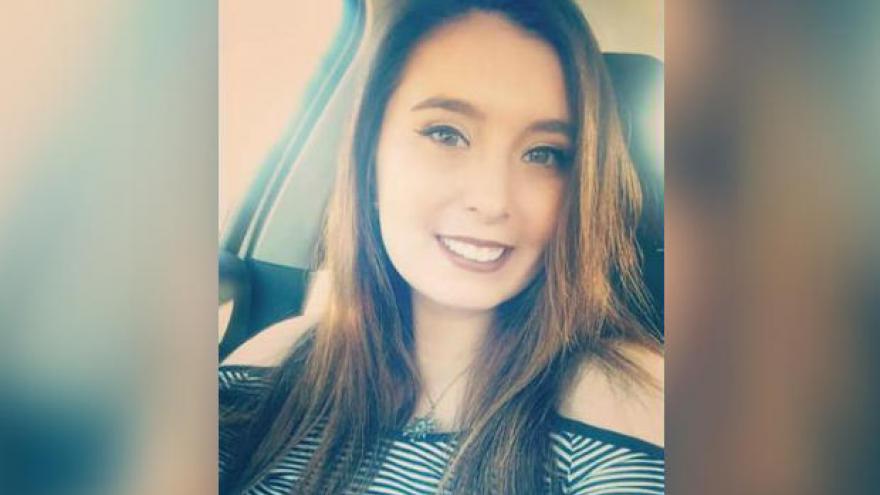 FARGO -- Prosecutors in North Dakota say a woman charged in the disappearance of a pregnant woman admitted taking advantage of the woman in an attempt to get her baby.

But charges filed Monday against Brooke Lynn Crews and her boyfriend, William Hoehn, don't shed any light on how 22-year-old Savanna Greywind died. Police Chief David Todd said Greywind's body was found Sunday evening by kayakers in the Red River, which borders North Dakota and Minnesota, "heavily wrapped in plastic and duct tape" and stuck on a tree in the water.

A criminal complaint says Crews told police she arranged to have Greywind come to her apartment on Aug. 19 -- the day Greywind was last seen alive -- and told her how to self-induce birth by breaking her own water.

Crews told police that Greywind left, but came back two days later to give her the newborn baby. But Crews' boyfriend, William Hoehn, told police that he came home Aug. 19 to find Crews cleaning up blood in their bathroom.

Hoehn said Crews presented him with an infant baby girl and said: "This is our baby, this is our family." 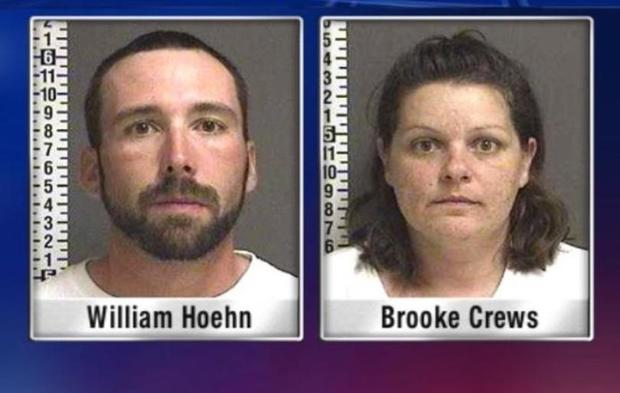 Greywind was eight months pregnant when she was last seen alive. An infant believed to be Greywind's was found with Crews on Thursday. The baby girl was alive and healthy. Authorities would not provide details about the child's manner of birth at a Monday press conference. Greywind's body was transported to Ramsey County to undergo an autopsy.

Police have said Crews and Hoehn were taken into custody and indicated that the baby girl belonged to Greywind, but wouldn't cooperate in the search for the woman.

Hoehn admitted to police that he helped remove garbage bags containing bloody towels and his own bloody shoes from the apartment and disposed of them in an apartment building dumpster in West Fargo, reports CBS affiliate KXJB-TV.

Crews allegedly admitted she had taken advantage of Greywind in an attempt to obtain her child and possibly keep the child as her own, the station reports. Crews also allegedly said she had multiple opportunities to turn the child over to law enforcement or the Greywind family but did not, though she knew that Greywind had been reported a missing person.

A judge set a $2 million cash bail for both after prosecutors said the couple had been searching travel websites online, suggesting that they were planning to flee the city, reports the Minneapolis Star-Tribune.

An abandoned farmstead was also being searched in neighboring Clay County, Minnesota, after suspicious items found there by property owners indicated it might be a crime scene, Todd said. Officials wouldn't specify where they believe the slaying happened, other than to say they believe it's appropriate to charge the suspects with conspiracy to commit murder and kidnapping in Cass County, which encompasses Fargo.

A conspiracy charge requires an agreement between several people to commit a crime and "an overt act in furtherance of that conspiracy," Cass County state attorney Birch Burdick said.

The Clay County Sheriff's Office and investigators from the Minnesota Bureau of Criminal Apprehension are currently processing the farm, which is believed to have been abandoned for 20 to 30 years, reports the Minneapolis Star-Tribune. The owner of the property is reportedly cooperating with police.

Todd said the young woman was a "victim of a cruel and vicious act of depravity"and said officials will continue to pursue justice for her.

"Our sincere condolences and thoughts and prayers go out to the Greywind family as they suffer through this horrible loss," Todd said. "I'll tell you our hearts are heavy as we mourn the loss of this young lady."

The Star-Tribune reports Crews and Hoehn have been living together for about three years, citing court records from a domestic violence case against Hoehn last year. In that case, Hoehn was charged with pushing Crews into a bathtub during an argument in the same apartment where Greywind was last seen.

He was reportedly convicted of misdemeanor domestic assault in that case and sentenced to 30 days in jail, the paper reports.

Hoehn was also convicted in 2012 of felony child abuse for causing skull fractures his infant son suffered while in his care, the paper reports.