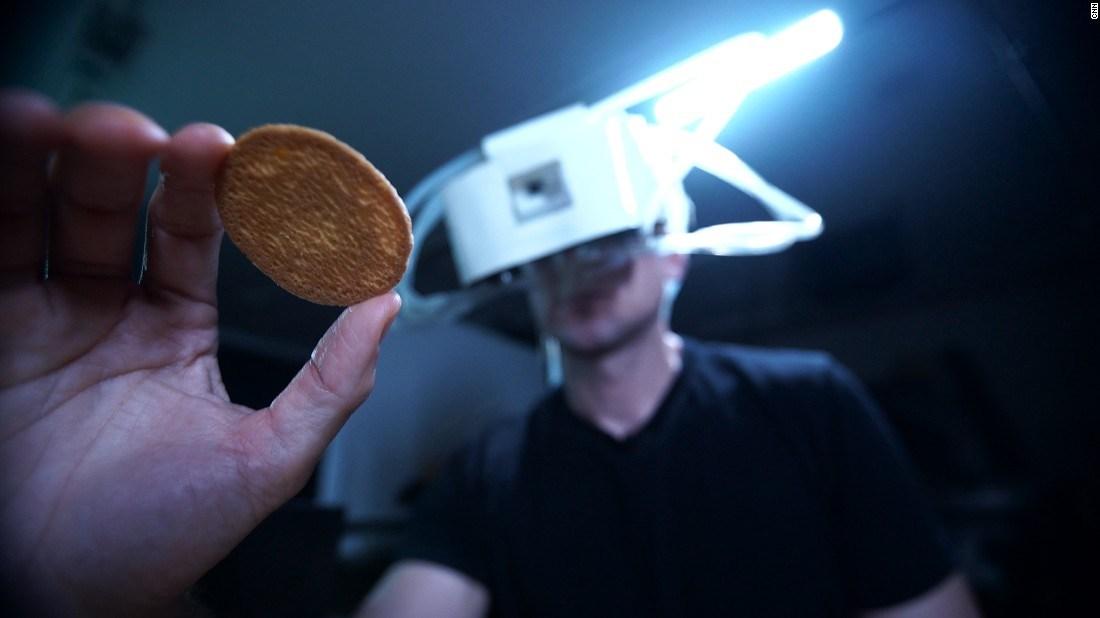 Losing weight is often an arduous battle against our appetites.

But a team of Japanese scientists claim to have invented the perfect way to shed pounds: diet goggles.

Researchers at the University of Tokyo's Cyber Interface Lab say that virtual reality headsets can hack our senses in ways that reduce appetite, make low-fat foods taste delicious and trick our brains into thinking we're eating more than we really are.

It all comes down to portion control.

Takuji Narumi, a PhD lecturer at the University of Tokyo, has invented a VR system called "Augmented Satiety", which uses interactive computer graphic techniques to virtually increase the size of a food item.

Narumi says wearing the headset can reduce the amount of food a person eats by 10%.

CNN International correspondent Will Ripley tested the technology. The VR headset he donned enlarged the size of the cookie he had been given, giving the illusion of eating a larger portion.

Not only did the size of the cookie change, but also the angle of his fingers holding the object was altered to ensure the brain fully believed the hoax.

According to Michitaka Hirose, a professor at the University of Tokyo who is leading the project, the technology has to be executed within reasonable boundaries.

If the cookie had been enlarged by too large a ratio, for example, the virtual reality trick would've failed, because the disparity between the actual bite and the VR projection would have been too great.

Researchers have so far only successfully increased the size of the food by 50%.