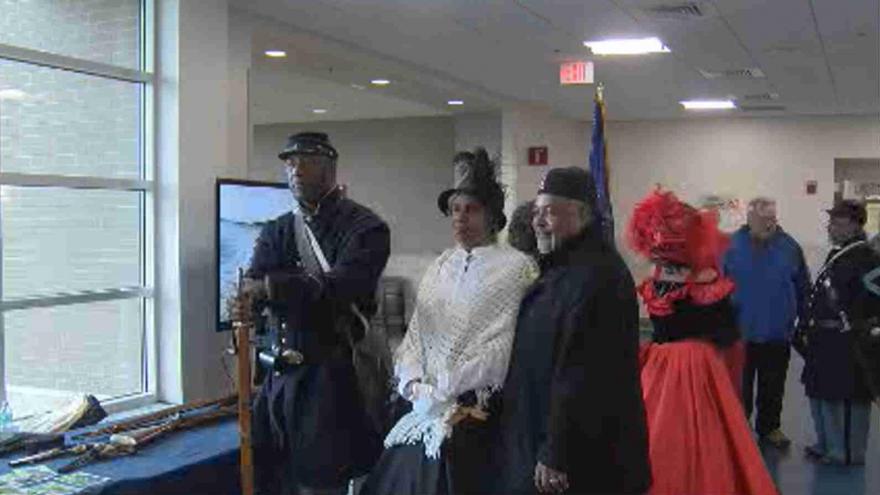 The group will set up inside the remodeled South Entrance in full uniform and Civil War-era clothing to tell stories about the soldiers and their war contributions. Many of the soldiers came from the Milwaukee area, and fought throughout the United States, including the Battle of the Crater in Petersburg, Virginia, where many were seriously wounded or killed, even after surrendering.

The re-enactment group -- made up of many VA employees -- originally formed in 2003 for Reclaiming our Heritage on the campus.

Since then, they give presentations to schools and community groups throughout the Milwaukee area. Tuesday's event is part of the Milwaukee VA's year-long 150th anniversary celebration.

They will also be on hand with other re-enactors at the pinnacle, June 3 150th anniversary celebration on the campus.

"Our mission is to enlighten and inform the public about the heroic actions of these people of color," said Carla Brockman. "There are a lot of people who still don't know about them. One of the fellows in our group was a history teacher for 20 years and hadn't heard about them."