"The Late Late Show" gears up for Tonight's Special 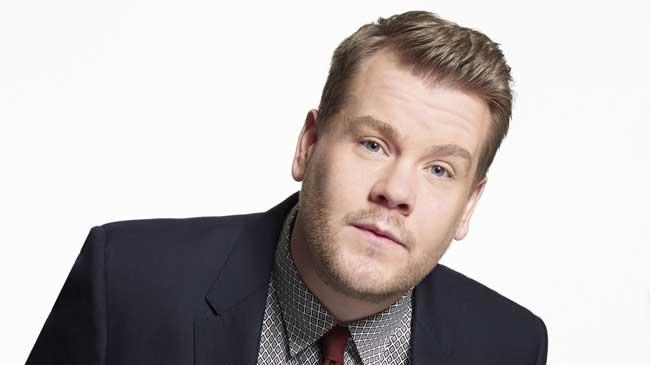 (CBS NEWS) It's been a busy week on the set of "The Late Late Show with James Corden," which is gearing up for the big Super Bowl Special. The show has set a star-studded lineup of guests including Cindy Crawford, Zac Efron, Anna Kendrick and Sir Elton John.

But the British comedian actually knows little about "American football," reports CBS News correspondent Ben Tracy.
"I'm a huge soccer fan, to the point where I call it 'football,' which is what the rest of the world calls it --predominantly because it's played with your feet ... unlike your sort of weird throwball between commercials."
So Corden smartly decided to enlist the help of two highly trained football experts - his parents, Margaret and Malcolm.
"Because we just thought, 'Who's the best people to send?'" Corden said. "So let's drop two 60-year-olds from High Wycombe, Buckinghamshire in the middle of San Francisco and see what happens."
As a warm up, Corden had them cover an NFL game played in London.
And being part of the starting lineup of post-Super Bowl specials is a big win for The Late Late Show, which normally airs after midnight.
Corden took over The Late Late Show just nine months ago. Very few Americans had heard of him then.
But then he got behind the wheel with a slew of singers, from Justin Bieber to Stevie Wonder. "Carpool Karoke" put Corden on the fast track.
His ride with Adele blew up the Internet. They've said "hello" from the front seat more than 60 million times on YouTube.
Riding shotgun on his Super Bowl special is another fellow Brit, Sir Elton John.
"We had the best time in the car. He interviewed me and we sang about seven songs. He produced feather boas and, I mean, it's going to be funny," said John, who happens to be a long-time admirer of Corden's.
"It's deeply flattering. If it did it for me, I'll be the luckiest man in the world, but unfortunately, I've just been built a different way," Corden said about John, laughing. "But I'm hugely flattered, I really am. And it's nice to say that because I've never been able to say that to a woman ... I mean, he's such a wonderful fun."
Anna Kendrick will also team-up with Corden again on Sunday, who he battled in a sing-off on the show. The game plan includes writing and performing an original song based on the Super Bowl.
Like every night, Corden and crew expect the good times will roll, even if it means working on their day off.
"(But) you're not digging up the roads, you know? It's not actual work," Corden said.
You may not know who'll win Sunday's big game, or how good the halftime show is going to be, but if James Corden has his way, you'll end your night with a laugh.
Before that, you can also tune in to "The Late Show" with Stephen Colbert, which will air a special live edition Sunday after the game -- the first late night series to snag the coveted post-Super Bowl TV slot.
Share this article: