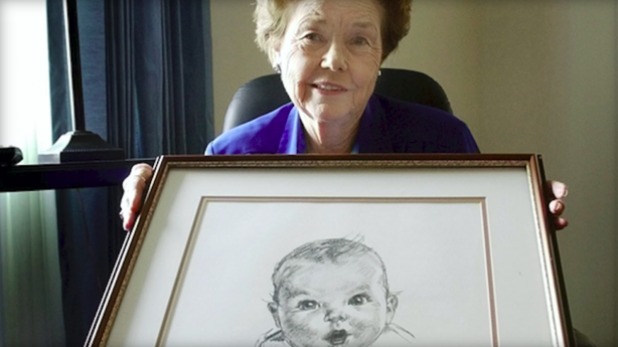 Cook was about 4 months old in 1927 when her image was sketched in charcoal by a family friend. The drawing was submitted to Gerber a year later when the company put out a call for images to be used in its new baby food advertisements.

Cook became a mother of four and taught literature and writing in Tampa, Florida, for 26 years before retiring in 1989.