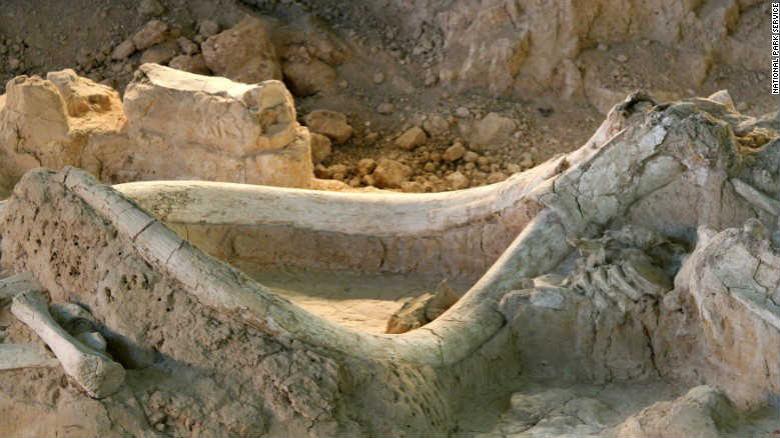 (CNN) -- A herd of Columbian mammoths once roamed the area now occupied by the city of Waco, Texas.

Some 65,000 years later, one large mammoth bone was discovered by modern explorers Paul Barron and Eddie Bufkin, who were spending a spring day in 1978 searching fossils and arrowheads close to the Bosque River.

The site is now the Waco Mammoth National Monument, one of the nation's three newest national monuments named by President Barack Obama on Friday.

\"The Waco Mammoth National Monument will share the wonder of these incredible mammoths with visitors from around the world and help introduce a new generation to the thrill of scientific discovery that only a special site like this can demonstrate first-hand,\" U.S. Secretary of the Interior Sally Jewell said in a statement.

The designation even has bipartisan support.

\"Today is a special day for Texas!\" former first lady Laura Bush said in a statement. \"President Bush and I are thrilled that the Waco Mammoth Site is America's newest national monument. ... The Waco Mammoth Site takes visitors back in time nearly 65,000 years, and reminds us of our country's connection to the history of our planet.\"

The significance of the site was almost immediately apparent after Barron and Bufkin found that large bone sticking out of the Earth and took it to Baylor University's Strecker Museum. Experts there identified it as a Columbian mammoth's upper leg bone.

Baylor University oversaw site excavation over the next 20 years, discovering the remains of 24 adult and juvenile Columbian mammoths, a saber-toothed cat, a giant tortoise, a Western camel and American alligator.

The largest of the mammoths, the Columbian mammoths weighed 7 to 8 tons and were 12 to 14 feet tall, with tusks as long as 16 feet.

Some 18 of the 24 mammoths discovered are part of the nation's only recorded discovery of a \"nursery herd,\" which the Interior Department describes as \"including females and their offspring, of mammoths from the Ice Age, an era defined as 2.5 million to 10,000 years ago.\"

It's not known what catastrophic event killed off the herd at the same time. Whatever happened, it preserved the skeletons intact, the Interior Department said. Even the positioning of the animals right before their deaths, with juveniles resting on the tusks of the adults, suggests that the adults were trying to save their young from disaster.

The City of Waco has operated the Waco Mammoth Site since 2009, and it donated about 5 acres to the U.S. government to make it possible to set up the national monument.

The National Park Service will manage the site in cooperation with the City of Waco and Baylor University.

The new Basin and Range site in Nevada \"includes rock art dating back 4,000 years and serves as an irreplaceable resource for archaeologists, historians, and ecologists.\"