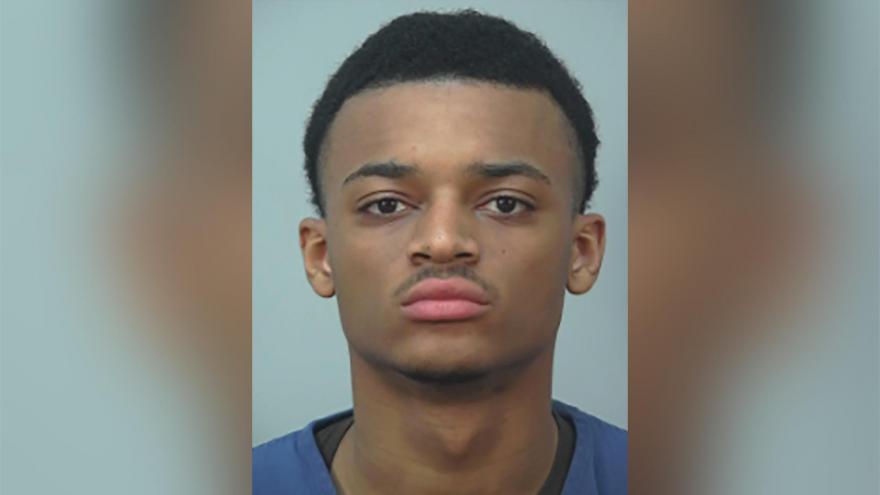 A teenager has been arrested in connection with the slayings of a University of Wisconsin-Madison doctor and her husband, authorities said Friday.

(CNN) -- A teenager has been arrested in connection with the slayings of a University of Wisconsin-Madison doctor and her husband, authorities said Friday.

Beth Potter, 52, and Robin Carre, 57, were found lying in a ditch in the university arboretum by a jogger around 6:30 a.m. Tuesday morning, university police said in a news release. Carre was pronounced dead at the scene and Potter was transported to a local hospital where she died, police said

University police said they arrested Khari Sanford, 18, on Thursday. He was booked into the Dane County Jail on two counts of "party to a crime for first degree intentional homicide."

CNN's attempts to find whether he was represented by a lawyer weren't immediately successful.

"The suspect is known to the family — and we believe that this was not a random act. It was calculated, cold-blooded, and senseless," university Chief of Police Kristen Roman said.

Potter was a physician at the Access Community Health Centers Wingra Family Medical Center, and also served as the medical director of Employee Health Services for UW Health, according to the University website.

"There are so many in our department whose lives have been touched by Beth; her loss will weigh heavily within us," Dr. William Schwab, professor and interim chair for the Department of Family Medicine and Community Health, wrote on the medical school website.

Potter taught and mentored medical students and family medicine residents, many of whom went on to join the departmental faculty, the website said.

"She helped me when I was in a really bad spot in my life," he said.

"All of my memories of him are pretty fond," Carlson says. "I think they're two of the nicest human beings I've ever been around."

The couple is survived by three children in their teens and twenties.