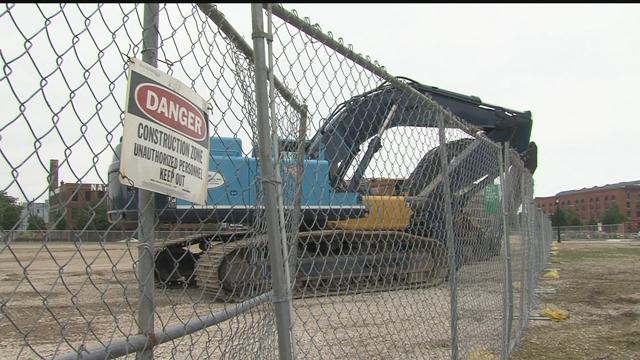 When the first shovels dig into the Bucks arena construction site, the future finally becomes reality.

"It's taken awhile, but I think they did it right," said fan Adam Sinram.

"People heard what we've been talking about for years, now is the opportunity for them to see it," said Dustin Godsey, Bucks VP of Marketing.

From the beginning, new ownership touted the Bucks arena project as more than just basketball. It's a way to create jobs, generate revenue and connect surrounding communities.

"We really brought a lot of people together and it was a real bipartisan effort," he said. "But without the community support, none of this would be possible at all."

Godsey said that's why the groundbreaking ceremony is so important, to prove to those still leery about the multi-million dollar funding plan, that the team is committed for the long-haul.

Leadership said it's an impression not lost on upcoming draft picks and free agents.

"You look at all the young players and they want to be in an exciting city and I don't blame them, I would be too," Sinram said.

Saturday's excitement centers around 4th and Juneau in downtown Milwaukee. Barriers will block off streets near the Bucks current home, so thousands of fans can celebrate during a block party.

"I think its awesome Milwaukee is doing this," said Sinram.

Past and current players will also join the crowd as everyone gets behind the game plan to own the future.

"Work is going to be going on in all of the areas at once, but the training center will be the first one that's completed and open and ready to go," Godsey said.

The free block party runs from 11 a.m. to 4 p.m., with the groundbreaking ceremony at 11:30 a.m. Fans have the chance to sign the first foundation poles that will go in the ground and take pictures with the shovels.