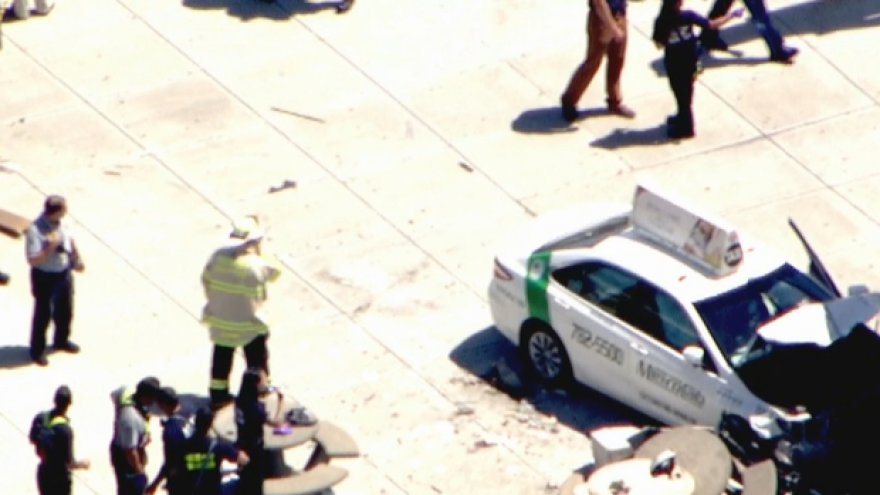 BOSTON (CBS) – A taxi crashed into a group of pedestrians in East Boston.

Massachusetts State Police tweeted at about 2 p.m. Monday that the vehicle hit the pedestrians by Porter Street at Tomahawk Drive, near the Logan Airport taxi pool. There are injuries of varying severity.

Sources tell WBZ-TV chief investigative reporter Cheryl Fiandaca that a 57-year-old Cambridge taxi driver lost control of his taxi and drove up onto a break area where many cab drivers were standing on break.

The driver is cooperating with investigators, sources said. The initial investigation does not indicate that the driver had nefarious intent, according to sources.

Stay with WBZ and CBSBoston.com for more on this breaking story.