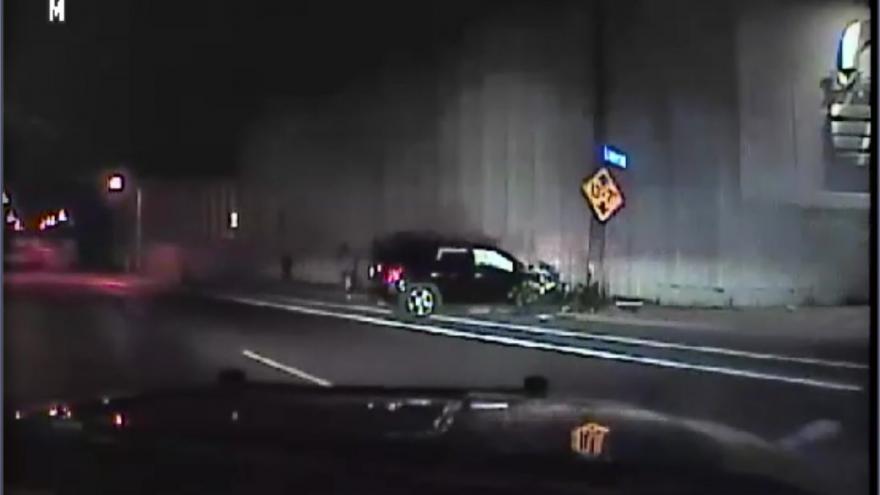 The crash unfolded last weekend near Bremen and North in Milwaukee.

"She proceeds to jump on the hood of her car. She says that at that point, the guy who was in her car, halfway in her car, pointed a gun at her," witness Nabeel Deane said.

The suspects then drove away.

Milwaukee Police sent out a description of the car and Wauwatosa Police spotted it, which led to the chase.